Parasitic weeds are rare, but not unknown in Michigan

Parasitic weeds like dodder and yellow rattle don’t often become a problem in Michigan, but proper identification is important if and when they do.

Occasionally, an unusual weed will emerge on a farm or farming neighborhood. Sometimes these unfamiliar weeds have been around in low populations for many years and never attracted much notice. Advantageous conditions caused by weather, cropping or grazing practices, or other factors in a given year, or series of years, can result in an “explosion” in population for a weed.

I recently received a call about an apparent new weed infestation on hay ground on a small Marquette County farm. On the resulting farm visit, the weed in question was identified as western salsify (Tragopogon dubius Scop), a common biennial or short-lived perennial. There was no need to notify the state department of agriculture or send out notice to the local farming community. It was simply a common weed that had taken hold and multiplied in a low fertility mixed hay field where competition from desirable species was weak.

Sometimes, however, the strange weed reported is a real oddity, including parasitic oddity. Dodder was reported in residential flowerbeds in Munising, Michigan, a few years ago. This parasitic plant, genus Cuscuta, is a true parasite, obtaining all carbohydrates, nutrients and water from its host plant. Dodder seeds germinate and grow a slender shoot that must find and attach itself to a host plant within a few days or die. It develops structures called haustoria that penetrate host plant shoots and allow dodder to extract water and nutrients.

As it grows, dodder weakens its host and increases susceptibility to disease and insect attack. Grasses and other monocot plants are not susceptible to dodder. However, dodder can become a weed problem in several agricultural crops, such as alfalfa, clover, soybean, etc., and has been observed on Michigan farms. Managing dodder is not well understood. Physically removing plants before seed set can reduce populations. Glyphosate has shown limited control of dodder on glyphosate-tolerant crops such as sugarbeet. Other herbicide sites of action may be useful, depending on the host crop. Michigan State University Extension advises to always remember to consult the label. 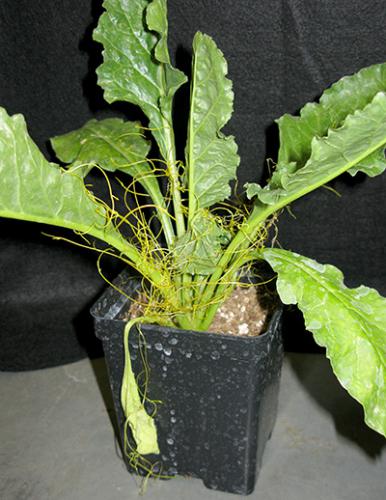 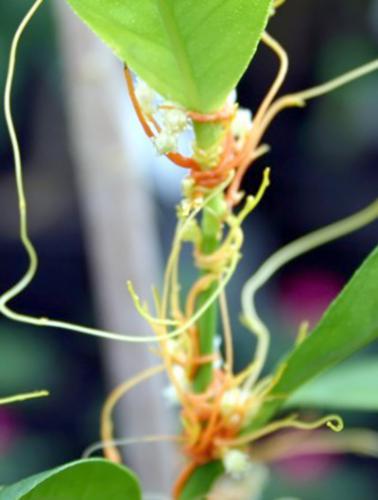 More recently, an unusual hemi-parasitic weed called yellow rattle (Rhinanthus crista-galli L.) was identified in a low-management hay field in Michigan’s Schoolcraft County. The Upper Peninsula farmer, a new owner of the property, doesn’t know how the weed got established on his small farm. Hemi-parasitic plants can photosynthesize to some degree, but depend on hosts for nutrients and water. This annual weed is fairly well-known in some parts of the U.S., including New Hampshire and Vermont.

Yellow rattle attaches to the root system of host plants and unlike dodder, prefers grasses, though it has a large host range. It has reached the point in some areas where grass forage plants are nearly gone. Management options are mostly cultural, including early hay cutting to prevent yellow rattle seed production, increasing the non-vulnerable legume component of the hay or pasture, and cleaning hay-mowing equipment used in an infested field before moving to a new field. 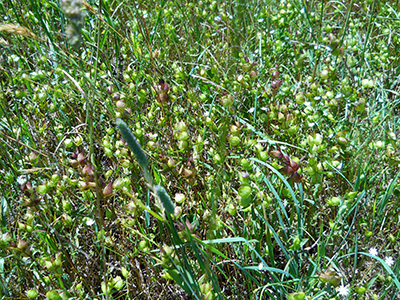 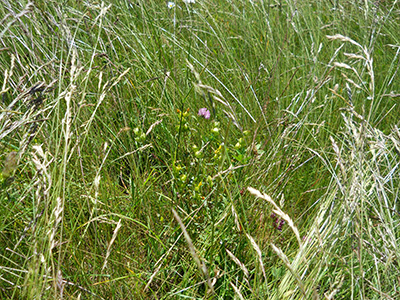 If you notice an unusual or strange weed infestation in a crop production field, contact your local MSU Extension field or vegetable crop educator for assistance. You can also contact Erin Hill at MSU Diagnostic Services at 517-432-9693.