Putting in parking meters and keeping stores open in the evening hours were two of many techniques for increasing commerce.

Gibbs’ presentation was on “Proven Techniques for Increasing Commerce in Michigan Towns, Cities & New Town Centers” at the MAP conference in Kalamazoo, Mich. Many of his comments were based on his book Principles of Urban Retail Planning and Development. Gibbs is a recognized leader in the real estate industry and known internationally for retail development. His firm, Gibbs Planning Group, is one of the foremost urban retail planning consultancies in America. 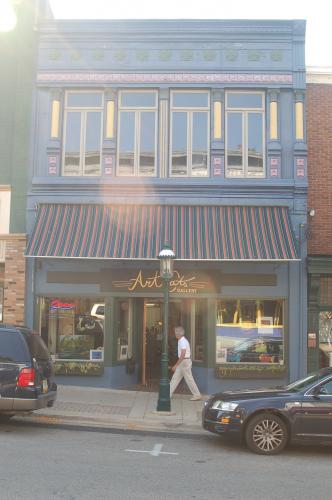 “Seventy-five percent of sales are done after 5:30 p.m.” Gibbs said. The landscape of retail sales has changed in the past decade. Today one has predominantly two-income families or single-parent households. That means customers often can only shop after 5 p.m. A retail store that closes during evenings is writing-off three quarters of its potential business. Also, the shopper wants to park very close to the store.

“The parking meter does not prevent shoppers,” Gibbs said. “Meters get cars to move several times a day.” That turnover translates into more customers for retail stores. On average, the parking meter generate retail sales of $50,000 per meter per year.

Other points made during his presentation include:

Gibbs concluded by pointing out there will be a resurgence of some downtowns, as more and more retailers want to be in downtowns. But following these and other techniques can enhance a shopping area’s success. For more information and details see Gibb’s book Principles of Urban Retail Planning and Development. Also Michigan State University Extension has additional articles on retail, downtowns, and economic development. Finally MSU Extension is a major partner in the state’s Placemaking Initiative, MiPlace.org with training programs on these and other topics.