Phytoplasma, a specialized bacteria capable of causing yield loss, has been observed in a Michigan soybean field during the 2012 season. 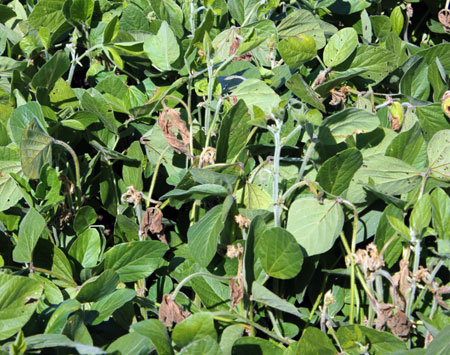 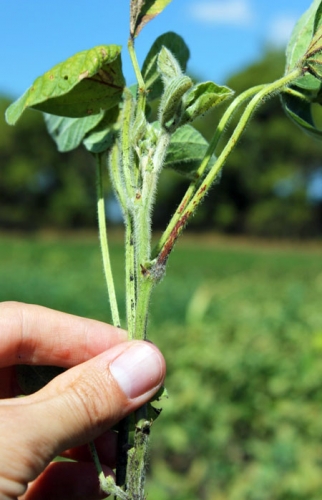 Purpling of the stem as exhibited on the
petiole of this plant. 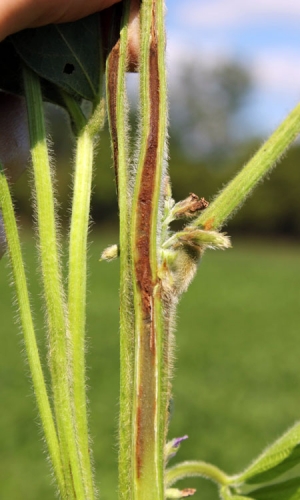 Internal necrosis associated with purpling
of the stems often initiating around nodes. 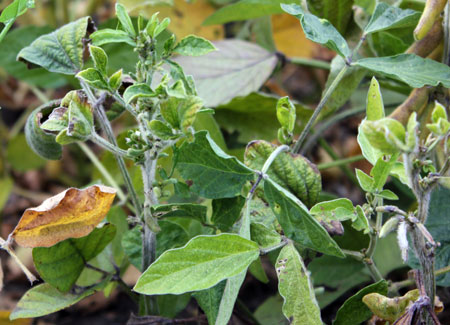 Given the specialized and obligate (requiring a living host) lifestyle of phytoplasmas, it has not yet been possible to culture phytoplasmas which makes them difficult to study. Fortunately, current DNA techniques do provide us with tools to identify and characterize these organisms.

We currently know little about the distribution or prevalence of this disease, and although accurate yield loss estimates are not available, we have clearly seen that this disease is very capable of causing yield loss. Phytoplasmas are not known to be readily seed-treated and no rescue treatments are available.

Growers and crop consultants should be aware of the disease. Possible cases can be reported to Martin Chilvers (chilvers@msu.edu) for investigation and plant samples can be submitted to MSU Diagnostic Services.