In the fall we get a number of calls from growers that have found their Scotch pine covered with pine needle scale. Pine needle scale becomes more visible this time of the year because they have moved to the new growth, and females have matured to the adult state that has the characteristic white, waxy scale cover. Normally, scales overwinter as eggs under this scale covering.

Usually, we have two generations per year – spring and summer. In southern Michigan, we have reports of some crawlers hatching as a partial third generation. In trees that we have observed in northern Lower Michigan, we haven’t found crawlers active, but have found a number of ladybird beetle larva feeding.

Growers thinking about spraying for this partial third generation should keep in mind the following: 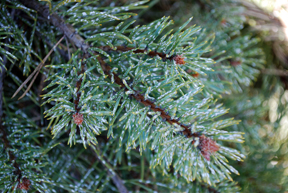 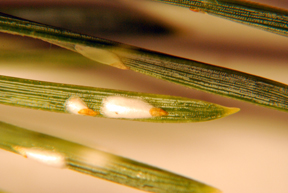