That gossamer webbing on branch ends lets you know fall webworms are back. There are several reasons smart gardeners may choose to leave them alone.

Michigan State University Extension horticulture educators are receiving calls from concerned people across Michigan. They have found white webbing covering the ends of some tree branches and the webbing is filled with caterpillars eating leaves. Some people consider the sight of the webs to mean that the Tree Apocalypse is upon them. They are the frightened, uninformed folks who rush into the yard with pole pruners, saws and torches to rid themselves of a beginning plague.

Smart gardeners recognize the presence of the native fall webworm or Hyphantria cunea. Their common name gives you a great deal of information. They appear in the late summer or early fall. They construct webs over the ends of the branches. The larvae are often called worms, even though they are not. Eventually, this webworm becomes a moth. Smart gardeners also recognize that it is not necessary to destroy portions of the trees in some vain hope of control. 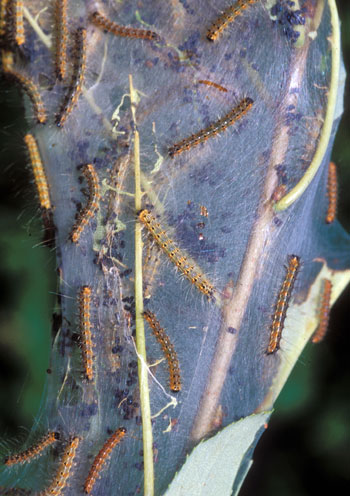 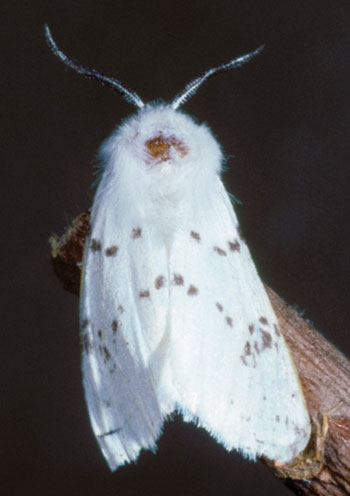 Interestingly, there is one species of fall webworm, but there are two races within the species. These are the blackheaded and the redheaded races and both have long, silky hairs and black dots on their bodies. The blackheaded webworms construct a flimsy web; the redheaded webworms build larger, more compact webbing over the ends of branches. Trees preferred for autumn munching include walnut, wild cherries, hickory elm, maple and fruit trees, with a total of 88 tree species as possibilities.

The best news is that this native insect has about 50 species of parasites and 36 species of predators to control the population. The problem with cutting out branches or trying to burn the webs is that permanent damage occurs to the tree. In many cases, the homeowner damage eclipses fall webworm damage. Since the webworms are comfortably ensconced in their web, spraying the outside has no effect on the inhabitants. If someone is close to the web and wants to rid themselves of the webworms, there is a method of removing them. Poking a stick into the web and pulling web and larvae out of the tree will work. Dump the web and larvae into a bucket of soapy water and let them marinate for a few hours. This works well on small trees or shrubs that might be damaged.

On large trees, it’s time to be that smart gardener: ignore them. The larvae are feeding at the end of the growing season and not damaging the trees. Trees have been storing energy all growing season and the small amount of eaten leaves will not have a negative impact on the trees. The webworms are also not eating the buds for next season. When the webs are white, the larvae are feeding. As the season moves on and the webs become brown or tan, nobody is home and feeding is finished. With the hard rains and snows coming up, the webs will fall unceremoniously from the trees. And next late summer, fall webworms will shock and amaze more tree owners.