Rose gardeners should learn the symptoms of rose rosette virus

Bizarre growth on roses is just one of the several symptoms of rose rosette virus which can kill roses.

Many gardeners heavily involved in growing roses have become aware in the last several years of a disease that can cause bizarre growth and death to roses. All rose gardeners should familiarize themselves with this problem that appears to be more common. For many years, roses were being affected and dying, but research was having a problem determining exactly what was causing the roses to produce bizarre growth and die.

When a rose shrub contracts rose rosette, highly unusual symptoms develop in the plant that should be instantaneously recognizable. 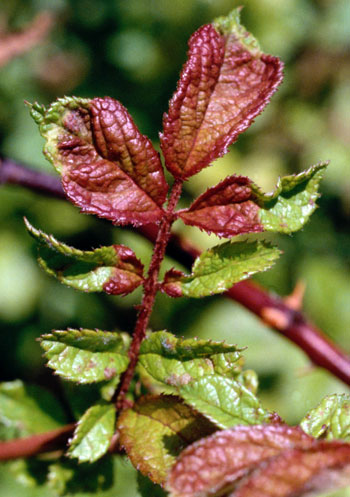 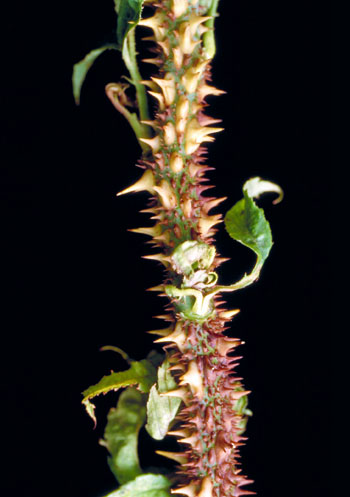 Also, the ends of the canes produce a proliferation of growth called “witches’ brooms.” A person familiar with the effects of a low dose of herbicide might mistake symptoms of weird growth as being some kind of a broadleaf weed killer drift. 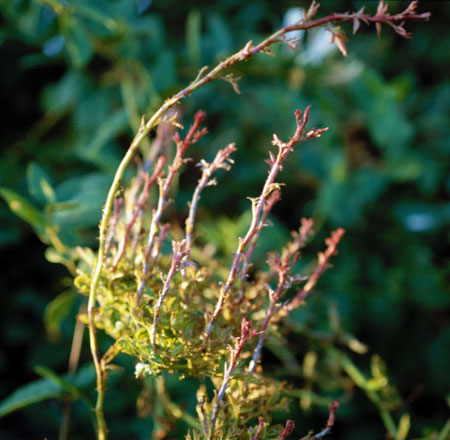 Rose rosette was first identified as a disease in the early 1940s. It was found on wild roses growing east of the Rocky Mountains. Considered to be one of the most damaging problems of roses, it was unknown for 70 years as to what caused it. Tests were not able to discern its origin. Cultivated roses were also affected and it is thought that some of the newer cultivars may be very susceptible to rose rosette. Finding the causative agent took until 2011. A new type of virus was identified.

Rose rosette virus is a member of a new group of viruses called Emaravirus. It is a small group with a fig mosaic and a European Mountain ash ringspot associated virus being the other members. There is continuing research to find if there are other viruses also causing rose rosette.

Unfortunately, finding the cause has not yet led to finding a cure. If a rose is exhibiting symptoms, the recommended method is to destroy the plant immediately. Other roses can contract it from the infected plant. The vector, or transmitter, is a tiny eriophyid mite. This mite is so small it cannot be easily seen. This is why good pest control on valuable roses is important.

The message for rose gardeners of Michigan is to be aware of the symptoms. Remove and destroy infected plants. If you have a concern about other roses contracting rose rosette, carefully control insect and mite pests on healthy plants. Michigan State University Extension horticulture educators and Master Gardener hotline staff are offering this information regularly to callers.