As nitrogen fertilizer costs increase, the potential benefits of using legume cover crops to supply nitrogen is becoming more economically attractive. However, legumes tend to be less effective at suppressing weeds and have relatively high seed costs compared to other cover crops. Mixtures of legumes with grasses can help overcome these problems, and provide additional benefits compared to legumes grown alone.

The most serious problem with legume-grass mixtures is the potential suppression of the more valuable and costly legume by the non-legume. For example, in experiments evaluating sorghum-sudangrass in combination with either soybean or cowpea, sorghum-sudangrass suppressed both legumes, resulting in poor nitrogen-fixation. In this case, pure stands of either crop would be preferable. Similarly, aggressive cover crops like buckwheat do not usually do well in mixtures with legumes. Rapid canopy closure by buckwheat cover crops suppresses early legume growth. Buckwheat also needs to be mowed about 40 days after seeding to avoid seed production. This combination of shading and mowing leaves little opportunity for most legumes to fix nitrogen. Fields with high soil nitrogen fertility are also poor candidates for legume-grass mixtures. High soil nitrogen tends to favor non-legumes in mixtures and suppress nitrogen-fixation resulting in poor legume stands. Temperature can also have a strong impact on legumes grown in mixture. For example, cool temperatures tend to favor rye in rye-vetch mixtures, so planting mixtures of these species late in the fall can result in dominance of rye at the expense of vetch.

Some legume mixtures worth trying

For mid-summer cover crop plantings, cowpeas (Red Ripper or Iron Clay) have performed well in combination with summer grasses including pearl millet, German millet and Japanese millet (Photo 1). Oats and peas are a proven combination for early spring or late summer plantings. In late summer, they can produce substantial biomass and nitrogen before winter-kill, leaving a manageable residue in the spring (Photo 2). Winter rye and hairy vetch are a reliable combination for fall plantings (Photo 3). In addition to the benefits described above, this combination is thought to improve overwinter survival of vetch, and reduce harmful allelopathic effects of rye on subsequent crops. Several new early flowering, winter-hardy hairy vetch varieties developed atUSDA Beltsville, including ‘Purple Bounty’ and ‘Purple Prosperity’ are being tested for compatibility with winter rye, and may expand the already strong potential of this combination for vegetable growers. However, hairy vetch can become a formidable weed problem in perennial crops like asparagus or winter grains, so it should be avoided on farms with either of these crops in their rotation. 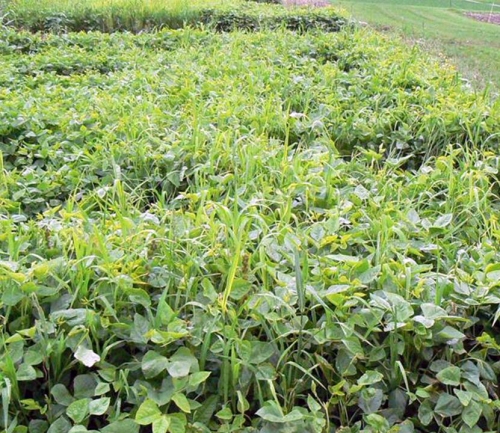 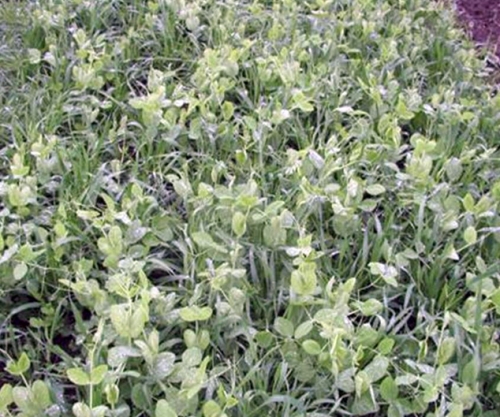 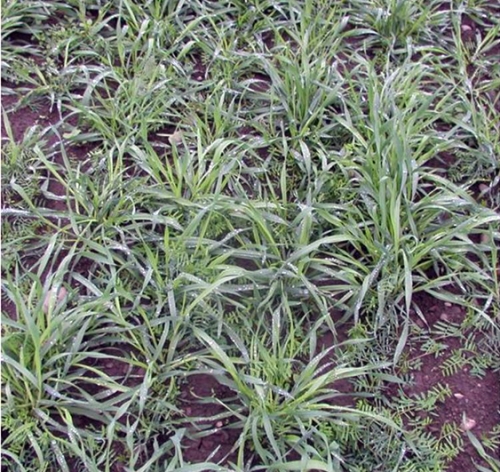