Growing conditions have been all over the board over the last week to 10 days in southwest Michigan.

Warm and wet conditions at the beginning of the past week were followed by fair days, bright sunshine and just a couple degrees too warm for frost during the overnight hours. Once again, heavy rainfall on near saturated soils caused another round of erosion in fields with long slopes. Widespread areas of southwest Michigan received 1.5 to 2 inches of precipitation during the early portion of the period, with heavier rainfall totals further to the north. Most areas in southwest Michigan are running about 1 to 1.5 inches ahead of normal for precipitation over the last two weeks, and somewhat around normal to slightly above over the last four weeks.

The 6-10 and 8-14 day outlooks predicting cooler than normal temperatures with a return to more normal to slightly above normal rainfall, especially at the eastern end of the region.

Base 50 growing season GDD accumulation in Three Rivers, Mich., since May 1 is 452. We are actually about even with last year’s pace, and about six “normal” days ahead of the long-term average for May. We normally accumulate around 15 to 17 GDDs per day over the 10 days. 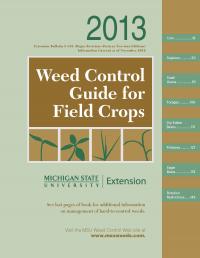 Corn growth and development depends greatly on the weather window that was available for early planting. Corn that was planted in late April (limited acreages) is now at the V5-V6 growth stage. Folks are sidedressing these fields now. Corn that was planted around May 8-12 is at V3-V4. There are a lot of acres that were planted in this window. Later planted corn is mainly at V2.

Weeds. Early pre-emergence programs have worked reasonably well, but we are starting to see some challenges ahead because of the heavy rainfall. There were a lot of delayed pre-emergence applications in corn. Early post-emergence programs have been going on in corn. Lambsquarters, velvetleaf and annual grass weeds that were probably above 1 inch in height at the time of application are the most common weed escapes in fields. Growth rates of both the corn and weeds have been very fast with the warm temperatures and ample soil moisture. Purdue University corn agronomist Robert Nielsen reminds us that corn up to the 10th leaf stage generally develop a new leaf collar every 82 GDDs (base 50). At our normal heat accumulation, that would be a new leaf collar every five to six days. Growers should be aware of crop height restrictions for delayed pre-emergence programs (Table 1G, page 46), as well as weed and corn size limitations for your post-emergence program (Table 1H, page 47) in the Michigan State University Extension bulletin E-434, “Weed Control Guide for Field Crops.”

Nitrogen. Growers should be prepared to move quickly to complete sidedress N applications before the early planted corn gets too tall if crop growth continues at the current pace. If you applied manure to fields last winter or spring, you may want to take a pre-sidedress nitrate test to look at nitrogen losses due to excessive rainfall. The same might be true if you applied all of your N pre-plant on sandy fields or had standing water in fields when the temperature were warm. MSU nitrogen recommendations for corn are based on the maximum return to nitrogen model. Under this system, dryland corn fields with yield potential around 140 bushels per acre should receive around 130 pounds per acre actual N; fields rotated with soybeans should receive around 95 pounds per acre actual N. Be sure to look at the table in the previous link for complete information on Kurt Steinke’s recommendations. 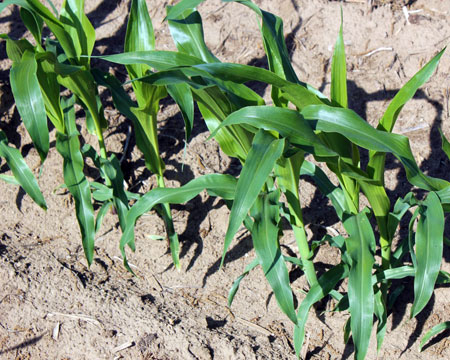 Insects. Black cutworms have been causing sporadic damage in fields. Winter annual weed growth in fields prior to planting has been the key factor. Scout fields that had a green mat before you were able to plant. Actual treated acreage has been low, but it would pay to look at fields to make sure cutworms are not active on your farm. Treatment threshold is reached when 4 to 5 percent of the plants are clipped.

Soybeans. Early planted soybeans are looking pretty good right now. I have not seen much damage from bean leaf beetles. Later planted soybeans have emerged within the last week. Despite pounding rains, the soil remained moist so crusting was not a significant issue in most fields. Grass weeds are prevalent in many fields right now. If you have heavy weed pressure, consider applying herbicides earlier to help reduce competition from the weeds. Research has shown that weeds should be controlled within four weeks to limit yield loss, but weed size and density can also be important. MSU’s Christy Sprague recommends control before weeds reach 4 inches in height in 7.5- to 15-inch row soybeans.

Seed corn. Many of the same concerns are outlined in the commercial corn section above. About two-thirds of the seed corn acres are in with a number of acres of seed corn that will be planted in the next week. Early planted fields look good with the exception of some lower areas in fields. Rain showers and wet conditions have caused some challenges with getting the proper GDD delays for optimal pollination. Crabgrass escapes have been fairly common. Some seed growers have been dealing with volunteer potatoes in seed corn fields in St. Joseph County (for more information, see “Controlling volunteer potatoes in corn”).

Wheat is in various stages of flowering. Plant height is variable within fields, but in general the heads look to be reasonably good-sized for the size of the plants. Much of the color variability that we saw two weeks ago has gone. I have not seen much signs of armyworm feeding in either corn or wheat fields I have walked.

The window for applying fungicides will rapidly close in wheat that is approaching flowering. Martin Nagelkirk, MSU Extension wheat educator, noted in a May 29, 2013 article, that the Fusarium head blight model predicted an elevated risk for disease development in many locations across southwest Michigan. With 20 to 30 percent rain chances over the next several days in the forecast and wheat already beginning to flower, the decision to treat with a fungicide will need to be made soon. Leaf diseases are low to moderate, mostly powdery mildew, in the lower canopy at this time. Fungicide applications for Fusarium head blight should take care of both challenges

Alfalfa harvest has been getting underway in earnest this week. Most fields had some alfalfa weevil feeding at some point in the past. Many fields have been treated. 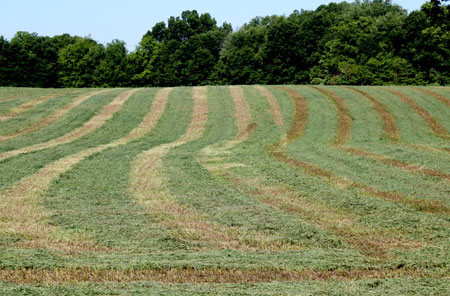 I also have seen some fields exhibiting boron deficiency symptoms. Watch for pale yellowing with pinkish to reddish overtones in the leaves, sometimes accompanied with a bleaching symptom. The symptoms I have seen are on very coarse-textured sandy soils. If you do have a boron deficiency, be careful on how much you add, as too much can easily cause toxicity symptoms. Applications of 2 to 3 pounds of B per year are sufficient in sandy soils. 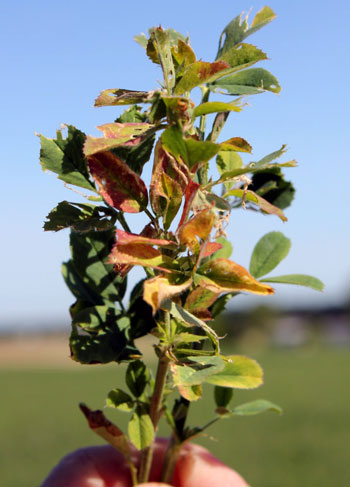 As we move forward with harvest, keep an eye out for residual alfalfa weevil in early re-growth and for increasing numbers of potato leafhoppers. So far, leafhopper numbers have been low, but small alfalfa is much more susceptible to “hopper burn.” 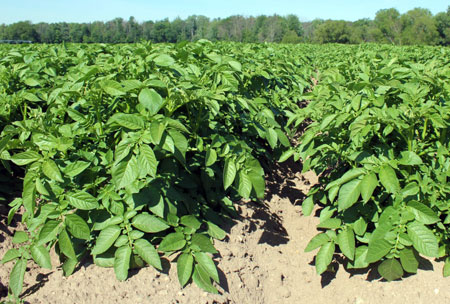 For more information, call the Van Buren MSU Extension office at 269-657-8213. Call to register by Friday, June 7. Program is free.

There is no cost for this program.