With warmer and drier weather, planting operations are well underway and should continue into next week.

Weather this past week improved for drying out fields and warming soils. Most locations in southwest Michigan have received little rainfall since May 14, with all Michigan State University Enviro-weather stations in the southwest and south central regions receiving less than one inch (Figure 1). High temperatures have again began reaching into the 70s, and forecasted highs during the coming week are approaching 80 degrees Fahrenheit with lows in the low 50s.

These higher temperatures will result in a significant increase in heat units in the next seven days, and in some locations the number of growing degree-days (GDD) could match what has accumulated in the first two and a half weeks of May (Figure 2). We have not yet reached 300 GDD which is generally the time to begin scouting for black cutworm feeding, but it is likely that most locations will be there by the first week of June.

Soil temperatures in the top 2 inches have been reaching into the 60s and higher in tilled fields. Seed in the ground should be responding quickly compared with the past few weeks. 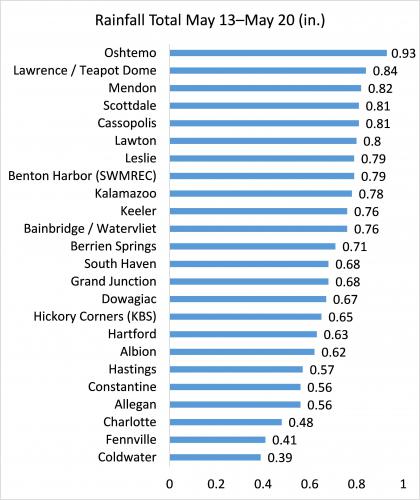 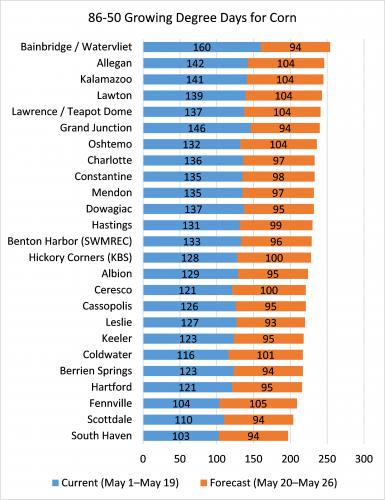 Corn planting earlier in the week was estimated at only 20 percent, but planters have been out in most fields with drier soils. For those struggling with planting on heavier ground, the soil remains moist under the soil surface, but this looks like the best window we are going to get, so most folks are moving forward as best they can. Lighter soils are looking good right now and planting is proceeding at a rapid pace. Early-planted corn is mostly at V2 with some as far along as V5. Much of that corn is pale due to the colder temperatures earlier in May which resulted in reduced rates of photosynthesis and slower root development. As air and soil temperatures warm, the corn should improve dramatically and green up.

Weed control will become more critical over the next week. If you are applying delayed pre-emergence programs, pay particular attention to the size of the emerging grass weeds. Reachback for emerged grasses is limited to around 0.75 inch for many of the most popular pre-emergence grass products.

Soybean planting progress has mirrored that of corn. Soybean planted two to three weeks ago should be emerging by now, although reports of inconsistent emergence in wetter, heavier soils have come in. Begin digging up seed to check for seed rot and make replant decisions accordingly. MSU Extension soybean educator Mike Staton has summarized the benefits of early soybean planting, including potential soybean yield losses of 0.4 bushel per acre for every day planted after the first week of May.

Wheat has taken advantage of the cooler spring, and growth is strong in most fields. Wheat right now is in the boot stage to just beginning to have a few heads emerge. While corn and soybean planting operations are shifting into road gear, it will be important to keep an eye out on your wheat fields. Well-maintained fields are looking very good right now. It certainly has been a year where nitrogen inputs and early-season weed management has been important. Now we are moving into the period where leaf disease management will become increasingly important. There is powdery mildew and septoria evident low in the canopy on most fields that have not had an early treatment of a fungicide. There has not been much stripe rust in fields I have walked, but you can find just a few leaves with the disease.

With the 6-10 day forecast showing increased chances for warmer and wetter than normal conditions, it may be important to consider a well-timed fungicide application to help protect wheat against leaf diseases that can impact the upper two to three leaves and fusarium head blight. Fungicide applications for scab often close at Feekes stage 10.5.1 (flowering). Timing, variety, application window, previous crop and yield potential all play into the decision on whether to apply a fungicide for scab protection. However, this may be the year to pull the trigger early enough to protect the rapidly developing and good looking crop from these threats. 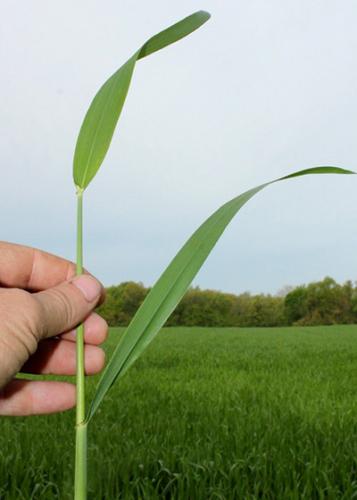 Wheat is in the boot stage just beginning to have a few heads emerge.

Alfalfa is 12-16 inches in most fields, and first cuttings will be happening for most fields in the next two weeks. Some alfalfa weevil feeding has been observed, so continue to monitor for alfalfa weevil larvae feeding signs. While we are currently not at 750 GDD base 41, which is the optimal estimated time for first cutting high quality dairy hay, we should be there by May 26 for many locations in the region (Fig. 3). One report has come in about yellowish, early growth. If signs of nutrient deficiency, like potassium, sulfur or boron, develop this season, consider taking tissue samples to diagnose. 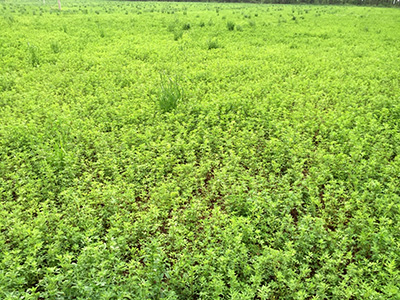 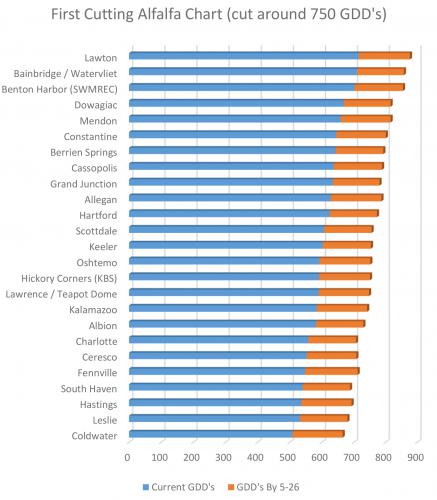