The 2013 growing season has been a rollercoaster ride in terms of temperatures and precipitation. 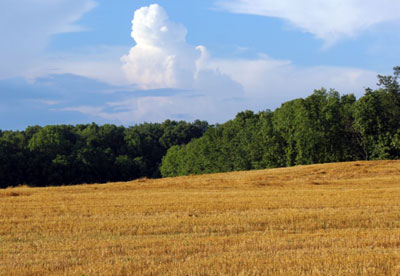 Blazing hot conditions pushed crops ahead by as far at 12 days compared to the normal growing degree day (GDD) accumulation. However, we have now experienced eight consecutive days of cooler than normal temperature as we head into the month of August. The current GDD accumulation since May 1 for the Three Rivers, Mich., area is 1,586 as of July 28, which is still about six to seven hot summer days ahead of the long-term average heat accumulation of around 1,445. The long-term average daily accumulation for the next 10 days is 20.2 GDDs (Base 50).

Looking ahead to the 6-10 day NOAA outlook, we see the whole Northern Corn Belt, including Michigan, the focal point for well below normal temperatures for this period. The 8-14 day outlook shows a slight moderation of temperatures, but they are still expected to be below normal. Precipitation for both the 6-10 and 8-14 day periods looks to be in the normal range for southwest Michigan. A glance at the precipitation totals at the Enviro-weather station across the region since July 15 reveals there are significant differences between locations. Berrien Springs, Mich., had a total accumulation of 0.22 inches during this period, while Hartford, Mich., received 3.4 inches. The regional average is 1.5 inches for the past 15 days. Field crop water usage is at the highest point in the season during this period. Many fields were suffering their first moisture stress during the season over the last 10 days.

Commercial corn growth was spurred on at a blistering pace during hot days and nights in the middle of July. Some fields may have been somewhat negatively impacted by the heat during pollination. In most areas, moisture was adequate enough to help the plants to remain cool. Development ranges from milk stage to silking. The earliest planted corn pollinated under favorable conditions and looks very good at this time. We are seeing evidence of nitrogen leaching below the rooting zone on many fields across the region. The sandiest portions of the fields are showing the most significant symptoms. Lower leaves are yellowing up towards the ear leaf in the most significantly-impacted areas. Lack of nitrogen can cause smaller kernel size, lower test weights and kernel abortion in the upper portions of the ear. Irrigated fields and fields with the highest populations are showing the most visible symptoms. Many irrigators are equipped to apply 28 percent through the pivot, and these fields have retained better color. 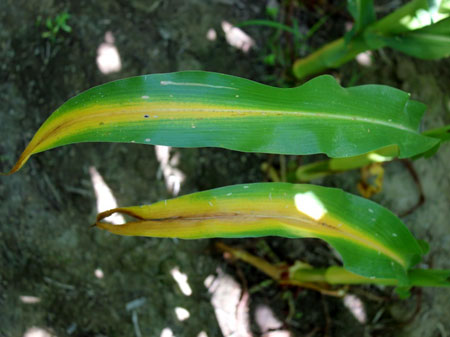 Nitrogen deficiency symptoms moving up the corn plant in many
fields across southwest Michigan.

When is it too late to put nitrogen on to impact yields? Purdue corn agronomist Robert Nielsen and fertility specialist Jim Camberato published the results of a research trial conducted in 2010 to investigate the impact of late season nitrogen application to corn fields.  In their trial, nitrogen was applied as either only as a starter, at V7 (sidedress time) or at V15 (just prior to tasseling). While the above-ground biomass weights and nitrogen contents were similar at silking, the number of kernels and grain yields were fairly similar for the V7 and V15 treatments by the end of the season (13 bushels per acre difference at physiological maturity/6 percent fewer kernels). Application of nitrogen "over the top" through at least the very late vegetative growth stages preserved most of the grain yield potential. It is important to note that we are well beyond that stage of development now. The authors cautioned, however, nitrogen loss in fields where plant’s root systems were damaged by flooding injury most likely would not have the potential to benefit from later season nitrogen applications.

Despite the cooler and wetter conditions over the last week, we still have not seen much development of corn leaf diseases in commercial corn. Western bean cutworm egg masses remain well below the 5 percent cumulative threshold and are very hard to find at all in most fields. Trap catch numbers were increasing over the last week in northwest Indiana. Since all but the latest plantings of corn have tasseled at this point, it is hard to see how late emerging moths could pose much of a threat to the area's corn crop.

Seed corn de-tasseling is nearly complete. Male row destruction is advancing quickly on early planted fields. Treatment for leaf disease prevention for the susceptible inbreds is on-going. There are some concerns that the cooler weather will trigger silk balling in the later planted fields. Recent rainfall has helped irrigators to catch up on water application. Second generation corn borer activity remains fairly low.

The changeable weather has caused some challenges for the soybean crop. The earlier planted soybeans have more branching and pods than those planted later in May. The hot weather spurred rank growth in many fields, with longer than normal inter-node spacing. Many growers have expressed concerns about high potential for white mold development in fields with a history of the disease because of the rank growth. The high temperatures we had two weeks ago tended to hold white mold infection in check. With the return to cooler conditions, we may see increased potential for white mold infection, especially in the later planted fields.

Soybean aphid numbers remain low across the region. Michigan State University Extension advises growers to continue to monitor fields for soybean aphid activity. Winged aphids can be deposited in southwest Michigan by thunderstorms "sucking up" the pests in areas where their populations are high. There are some areas of increased populations in Wisconsin. Soybean cyst nematodes can be found in relatively high numbers in many pockets of fields across the region. These areas are often somewhat yellowed and stunted.

Be on the lookout for early onset sudden death syndrome in fields in late July and early August. There are also pockets of this disease visible in several fields in St. Joseph and surrounding counties. 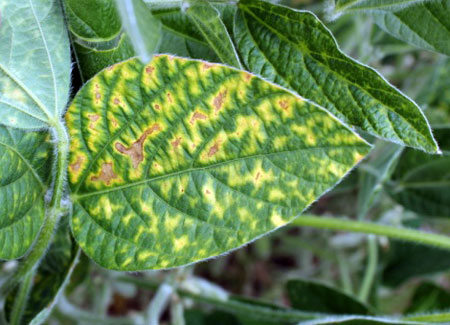 We have also seen some development of a "scorch" leaf symptom in soybean plants on a couple of fields. The pathogen is Phyllosticta leaf spot. The leaf symptoms are similar to those caused by brown stem rot later in the season. One field seems to have a relatively high incidence of these symptoms. Generally, Phyllosticta leaf spot in not thought to cause significant yield reductions. In severe cases, it can cause more serious infections. Iowa State soybean pathologist XB Yang has written a short article describing this relatively rare soybean disease in the upper Midwest. 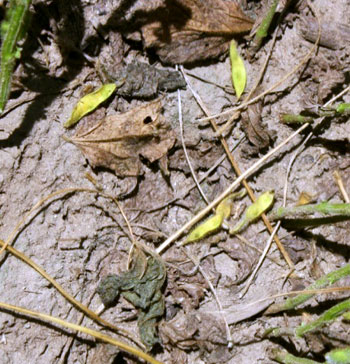 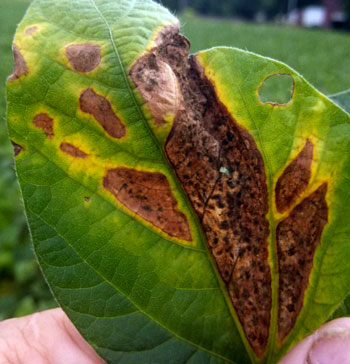 The foggy mornings we usually begin to see around the third week of August help to promote the development of pathogenic fungi that can crash the populations of leafhoppers, aphids and spider mites in short order.

Soybean Disease and Field Crop Update Program – Aug. 20 at Druskovich Farms, Decatur Mich., located about one-third miles east of 49709 C.R. 352, Decatur MI 40945 (view map). The program will run from 6 to 8:30 p.m. Discussion will feature the varietal selection and seed treatment for sudden death syndrome control. A light sandwich supper will be served at the beginning of the program. MSU field crops pathologist Martin Chilvers and the MSU soybean breeding crew will be on-hand to discuss research results. MSU grain and livestock marketing specialist James Hilker will provide an update on factors that may impact grain markets as we head into the harvest season. Please call the Van Buren County MSU Extension office at 269-657-8213 by Monday, Aug. 19 to reserve your meal.