Soybean cyst nematode is recognized as a key limiting factor in Michigan soybean production and local nematode populations are becoming highly aggressive. As a result, a national Soybean Cyst Nematode Resistance Management Coalition has been launched to provide information about resistance management. The Coalition consists of more than 30 agribusiness, grower organization and state partners.

Quick summary on soybean cyst nematode, its impact on the soybean industry and management recommendations

Soybean cyst nematode is easier to manage if detected early. This pest often causes yield reductions of 5-30 percent and can cause up to 80 percent yield loss if susceptible varieties are planted in a highly infested field. Soybean cyst nematode reduces the number of pods per plant, the number of beans per pod and is responsible for approximately $40 million in yield losses each year.

Once soybean cyst nematode has infected a field, juvenile soybean cyst nematode will seek out and penetrate soybean roots, causing a feeding site to develop. Females will continue to feed from this site until adulthood and will release eggs in a jelly-like substance during this time. When the female dies, her body becomes a lemon-shaped protective case (cyst) for her eggs. This cyst can remain in the soil up to 10 years until a host stimulates the release of juveniles from the eggs within. A single female can produce as many as 200 eggs per cyst. The lifecycle of soybean cyst nematode can be completed in as little as 30 days, allowing for multiple generations per growing season. 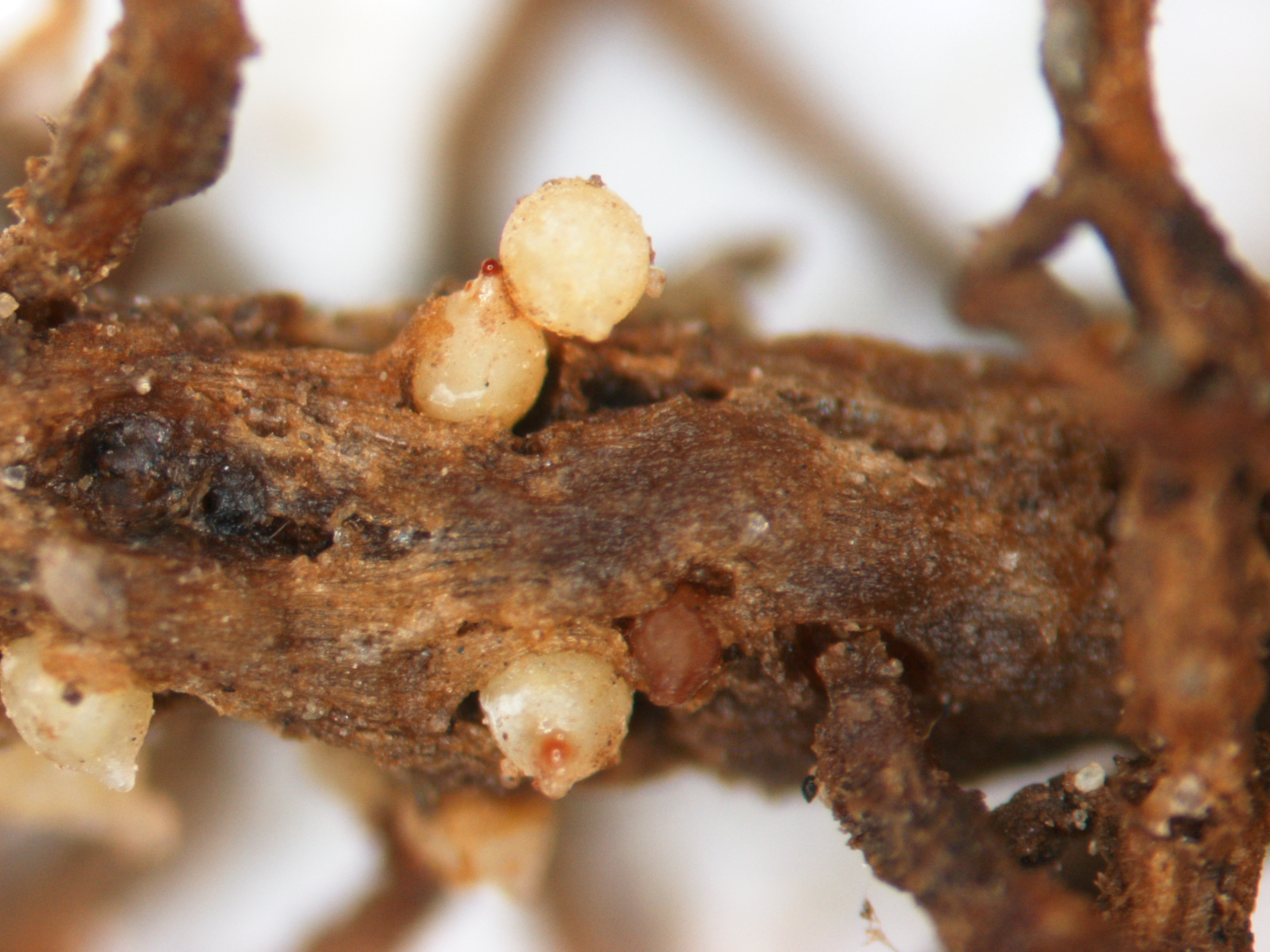 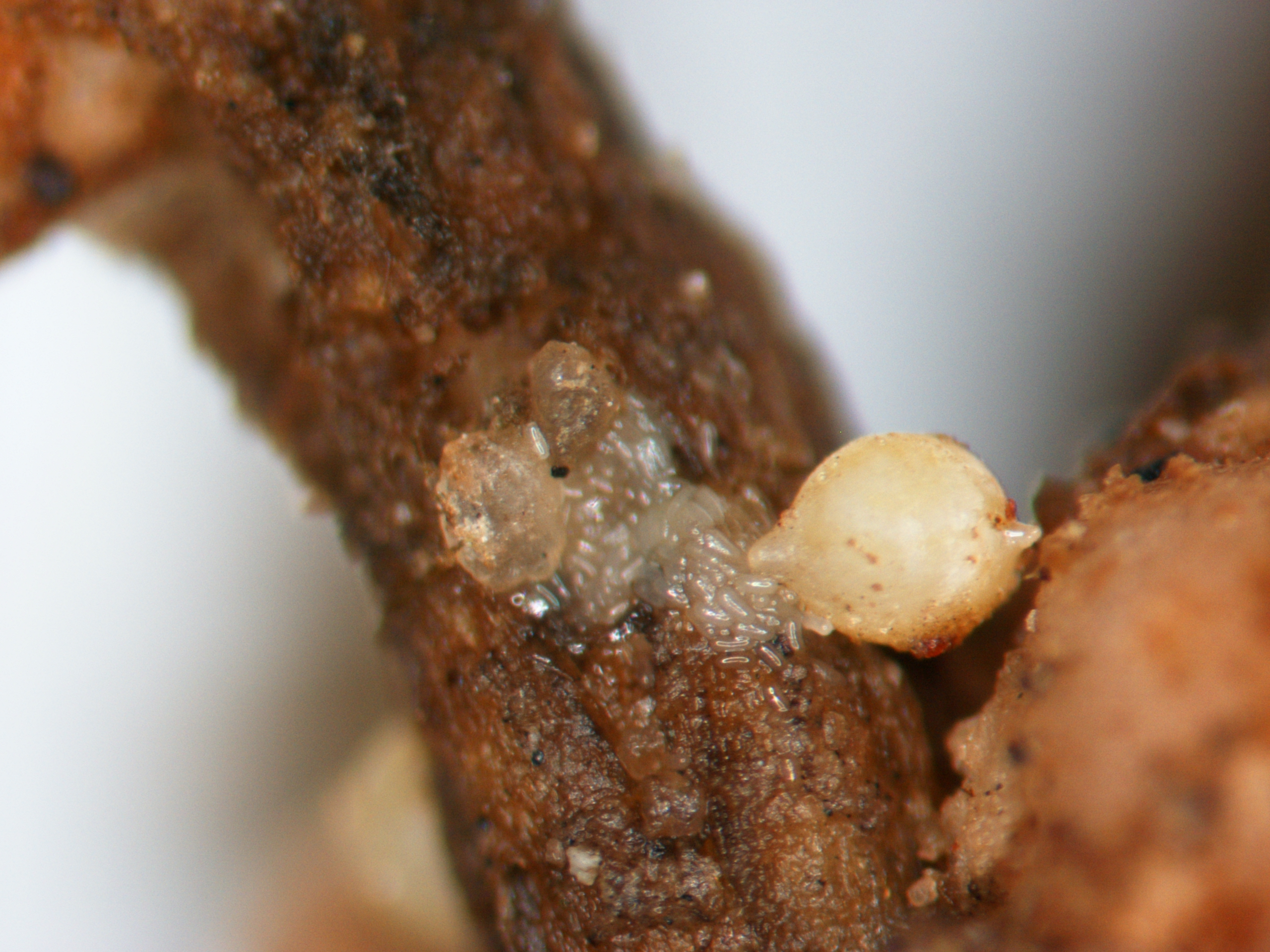 Soybean roots with soybean cyst nematode females (the white, round objects coming out of the roots). Photos by Angela Tenney, MSU.

Above-ground symptoms such as stunted and yellowed plants are not unique to soybean cyst nematode and are often overlooked or attributed to other causes, such as nutrient deficiencies. Soybean cyst nematode is usually not evenly distributed in the soil, which can further impede detection. The most accurate way to diagnose an infestation is through identifying juveniles and cysts from a soil or root sample. The Michigan Soybean Promotion Committee provides support for growers to submit samples for identification. Submit samples to Michigan State University Diagnostics Services.