We’ve started to get some calls on spruces this year similar to ones we experienced a couple of years ago. Homeowners and landscapers are calling in with reports of brown “growths” on spruces – particularly white spruce and some on Colorado blue spruce. The growths can be quite noticeable, even from a distance and cause trees to take on a brownish cast; usually most prevalent on the lower two-thirds or so of the crown.

The “growths,” which some people mistake for galls or some other damage caused by an insect or disease, are actually dried pollen cones. The amount of pollen buds formed varies year to year. In some years, such as this year, there is a heavy crop of pollen buds and, once dried, the buds resemble some type of gall or deformation. The presence of the dried buds doesn’t pose any significant problem for the tree beyond diverting some of the tree’s carbon reserves from other uses. Allergy sufferers, on the other hand, may notice a few more sneezes and watery eyes than usual. 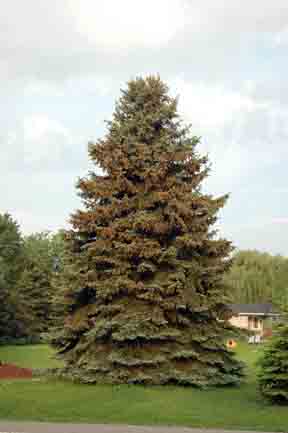 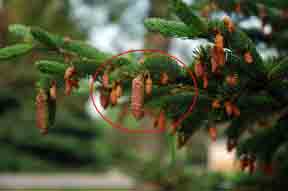 Photo 2. Close-up of pollen cones next to
a pinecone.

Care of live fir trees can mean a greener holiday