Through the Sugarbeet Advancement Program, MSU Extension partners with the Michigan Sugar Company, the USDA, MSU AgBioResearch and industry representatives to conduct cooperative research to increase production of sugarbeets in Michigan.

Michigan Sugar Company (MSC) is an excellent example what can happen when research dollars are invested to solve agronomic problems. With four processing facilities located in the Thumb of Michigan, MSC became a grower-owned cooperative in 2002 involving about 1,200 farm families. MSC member farms harvest over 5 million tons of beets annually on approximately 160,000 acres, which produce over one billion pounds of sugar. In recent years, MSC has invested heavily in modernizing processing plants and supporting agronomic research and education. Growers have rapidly incorporated new production technologies that have come from research. As a result of this investment, MSC leads the non-irrigated U.S. sugarbeet industry in sugar content, yield and profitability.

It wasn’t always like this – during the early 1990s, sugarbeet yields and profitability were declining. By 1995-96, sugarbeet yields averaged an unprofitable 15 tons per acre with variable sugar content. During this period, sugarbeet production was limited by several agronomic issues. More than 25 production constraints were identified, including poor emergence, planting date, multiple diseases and poor variety selection. Many soil-related issues were identified, also, including tillage, compaction, drainage and other soil quality issues. Another need was increased education for growers.

Since that time, through a heavy investment in research, many of the production constraints were solved. In 2015, for the third time in four years, MSC will set a new company yield record at 31.5 tons per acre while maintaining the highest beet sugar content in the country. 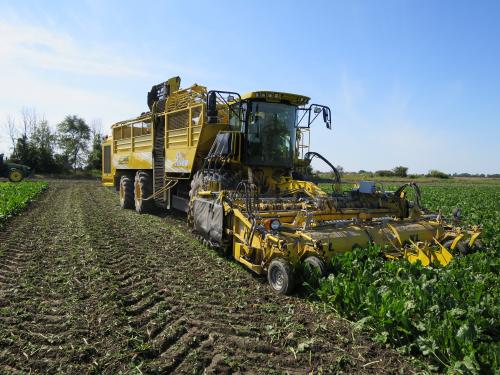 In 1997, the Sugarbeet Advancement Program was created by forming a partnership between the two sugar companies based in Michigan (Michigan Sugar and Monitor Sugar), Michigan State University (MSU) and the growers, with funding from the companies and the growers. Subsequently, the two companies merged under the Michigan Sugar Company  name, and MSC operates as a grower-owned cooperative.

Beginning in 1999, a three-year MSU GREEEN grant supported work by 12 researchers from MSU and the USDA, with each taking on a component of the sugarbeet industry’s production problems. Over the three years, significant improvements were made in production practices. The company has continued to heavily invest in a grant program that supports university and USDA research proposals.

Over the past several years, Michigan Sugar Company has also expanded its own extensive research program, which focuses on small plot trials for approval of new varieties, pesticide efficacy and  agronomy issues. Annually, MSC conducts research on 100 acres in 16 to 20 locations across eight  counties and analyzes more than 10,000 samples for beet quality.

Since the late 1990s, research has fostered extensive changes in production practices and products that have bolstered yield and quality. Some of the most dramatic improvements have involved sugarbeet seed --  genetics, seed processing, seed treatments and the utilization of primed seed (pregerminated). All of these improvements have contributed to better stand establishment and protection from seedling issues, resulting in less replanting and higher yields. 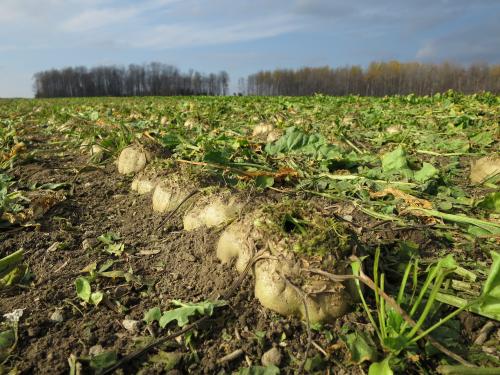 Sugarbeet disease and pest management has also changed dramatically. Growers can now use BEETcast computer modeling to better time spray applications for control of Cercospora leafspot, a major sugarbeet foliar disease. Rhizoctonia crown and root rot can be managed through genetic resistance and applications of Quadris fungicide at planting and/or to foliage. The development of nematode-tolerant varieties has brought poorly producing fields back into profitable production with yield improvements sometimes as high as 10 tons per acre.

Steven Poindexter is an MSU Extension senior sugarbeet educator. He can be reached at poindex2@anr.msu.edu. This article was originally published by Michigan Farmer.