Read this article as a printable fact sheet.

Sawflies (Pachynematus sp) are insects in the Order Hymenoptera, related to bees, wasps and ants. They are named for their saw-like ovipositor, or egg laying device, used to insert eggs into plant material. Sawfly larvae resemble caterpillars, but they are easily distinguished by their numerous fleshy prolegs. Moth and butterfly caterpillars have five or fewer pairs of prolegs, while sawfly larvae have seven to eight pairs. Many sawflies feed on trees and are forest pests, but some feed on grass and cereal crops.

In wheat, sawflies in the genus Pachynematus are reported to feed on leaves. Leaf-feeding sawflies may occur in the same field with true armyworm, but the two pests differ both in color and in number of prolegs (true armyworm with only five pairs, and Pachynematus with eight pairs).

Sawflies have also been observed head clipping. In Michigan this summer, an increase in head-clipped wheat is attributed to sawflies. Even in mixed populations of armyworm and sawfly, sawflies appear to be responsible for much of the clipping. The clipping occurs even when there is no leaf feeding, and during the day, when sawfly larvae are active. One observer reported that sawflies bit into the stem, causing the head to fall, then drank the liquid oozing from the cut. In many cases, tiller heads were clipped, which likely does not contribute to yield loss. But if heads of main stems are damaged, this is a concern. We recommend scouting wheat by shaking stems so larvae drop, then examining the ground for both armyworms and sawflies. The threshold for armyworm is two per square foot, and this threshold can be used in mixed populations of armyworm and sawfly to make a spray decision. 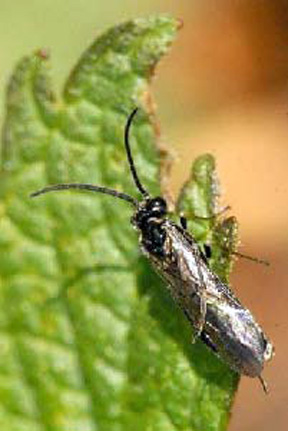 Photo 2. A sawfly larva proudly shows off
the head it clipped.