The words local and craft on a label are increasingly important to consumers.

Craft beer sales continue to grow at a crazy-fast rate in the U.S. surpassing the 4,000 mark in the fall of 2015. In fact, according to the Brewers Association, there are now likely more craft breweries in the U.S. than ever before. Two major trends have emerged that provide some reasons for the growth of craft beer even as overall beer sales have remained relatively static in recent years.

A 2015 Nielsen study found that 35 percent of people over twenty-one years old suggested they were more interested in trying an alcoholic beverage with a craft label. Nielsen also found that craft is generally associated with the following characteristics: 1) coming from a small, independent company, 2) part of a small batch, and 3) handcrafted.  The second major trend is the concept of local.  While local is rated as an important consideration for those purchasing wine and spirits, it is more important for those purchasing beer and most important for younger consumers purchasing craft beer.

Although craft beer has long been popular in the Western U.S., a craft beer like a tsunami is rapidly washing across the country; two of the major growth regions over the last year have been the Midwest and Southeastern United States. Whatever the reasons consumers give for drinking craft beer, at least in the short term, the craft beer boom is here to stay. This is excellent news for Michigan hop growers who have been increasing production to keep pace with demand. Michigan is the fourth leading producer of hops after Washington, Oregon, and Idaho. As the article “Michigan ranks fourth in the United States for hop production” published by Michigan State University Extension explains. 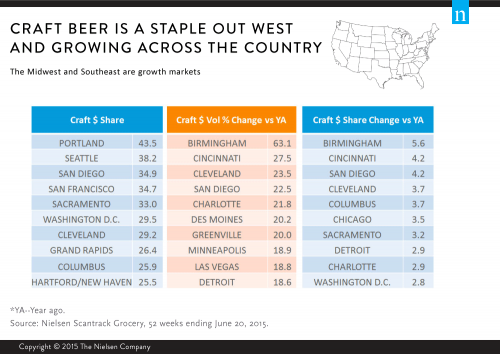 Figure 2. Nielsen Company graphic that demonstrates the growth in craft beer in cities across the U.S.

2017 Agriculture Census has been extended