Rain last week slowed planting operations, although some small grains got into the ground before the recent wet, cold weather returned. The earlier planted oats, barley and corn are emerged. Late snow cover and cold weather pushed field work and planting very late. The wet weather impacts field operations on the clay soils of the eastern and western Upper Peninsula most dramatically.

Most of the western and central Upper Peninsula is three days to two weeks behind the 1981-2007 average in heat accumulation, but normal in growing degrees (GDD) base 50. The eastern Upper Peninsula is not behind in heat accumulation, and is actually ahead in some areas. In Escanaba, Mich., 315 GDD base 42 were accumulated by May 23; 387 GDD base 42 in Stephenson, Mich.; and 289 base 42 in Chatham, Mich. It will be awhile before the 680 GDD base 42 goal is reached for cutting alfalfa for bunker silos to begin.

Alfalfa condition is good. The reports of winter kill in Wisconsin do not apparently include the Upper Peninsula. Harvest may be a few days later than usual because of cooler temperatures. Watching the accumulation of GDD base 42 will be a good way to judge when to start harvest.

Spring-planted small grains that were planted early are emerged and looking good, with plenty of soil moisture. The Michigan State University Extension malting barley variety trial planted at the Upper Peninsula Research and Extension Center in Chatham, Mich., on May 14 is at the Feekes stage 1, Zadoks 1.1 (first leaf at least 50 percent emerged) as of May 28. 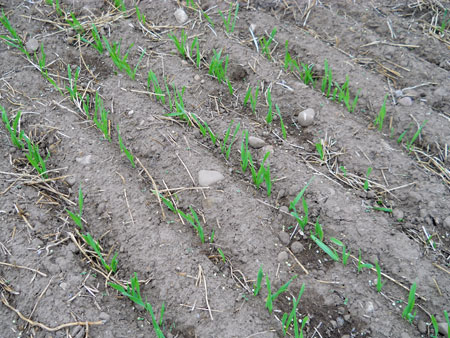 Potato planting is late with some farmers just getting rolling now.

Corn planting is nearing complete in the region with the early-planted corn emerged.

Mixed grass/legume and grass pasture and hay fields are in mostly good condition with plenty of soil moisture. 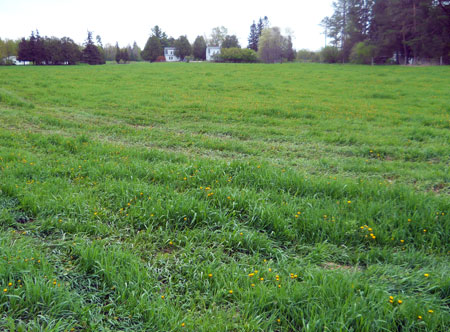