Weed control in soybeans can benefit from preemergence soil-applied herbicides

The use of postemergence (POST) glyphosate in Roundup Ready soybeans has been the primary weed control program used by many Michigan soybean growers. While this system has seemed to simplify weed management, relying on total postemergence herbicide programs can be difficult to manage if not properly implemented. The flexibility in application timing that glyphosate offers may make it easier to control larger weeds, however the benefits of early-season weed control to protect crop yield can be lost if applications are not made in a timely manner. Additionally, untimely applications can lead to a reduction in weed control. Another thing to consider is by relying only on glyphosate as the weed control strategy. This system puts tremendous selection pressure on the weeds that could possibly lead to the development of herbicide-resistant weeds.

Using a PRE herbicide will control a number of weeds that would have emerged and competed with the crop as it becomes established. While early-season competition may not be a factor if the POST application is timed appropriately, (remember that weeds can increase in size in a number of days and if you are trying to spray a large number of acres or you become delayed in your applications due to rain) early-season weed competition can become a problem. Remember, for timely POST applications to avoid yield losses due to early-season weed competition MSU recommends weeds should be controlled before they are 4-inches in height in 7.5- and 15-inch rows and 6-inches in height in 30-inch rows.

Several weed species have continual emergence or emerge only later in the season. These species can include: annual grasses, giant ragweed (southern Michigan), eastern black nightshade, pigweeds and common lambsquarters (occasionally). Because of the later emergence of these weeds they may actually emerge after the POST herbicide application and can produce seed and become a problem at harvest. PRE herbicides allow for a delay in the POST applications, which will result in more effective control of these late-emerging weeds.

In Michigan, we have seen a few weeds that have become harder to control with one POST glyphosate application. Common lambsquarters and giant ragweed are examples of weeds that are not always effectively controlled with glyphosate. A PRE herbicide can aid in control by providing effective control or suppression of these weeds, so they are easily controlled with the POST application. For example, over severalMSU trials a PRE residual herbicide followed by POST glyphosate treatment has provided more consistent control of common lambsquarters than 1- or even 2-applications of glyphosate (Figure 1).

Control of perennial weeds is more effective in the later stages of growth (bud to flower stage). Because PRE residual herbicides will provide initial control of annual weeds, the POST glyphosate application may correspond more appropriately to the stage of growth needed for perennial weed control.

One possible long-term benefit from including a PRE herbicide in your weed control program is the implementation of herbicide resistance management strategies. A PRE herbicide would include another mode of action into the weed management program and reduce the number of weeds present for the POST application. Ultimately, these two benefits will relieve the selection pressure of a glyphosate-only weed management system. This has become a much greater concern as we see more glyphosate-resistant weeds being reported around the United States. 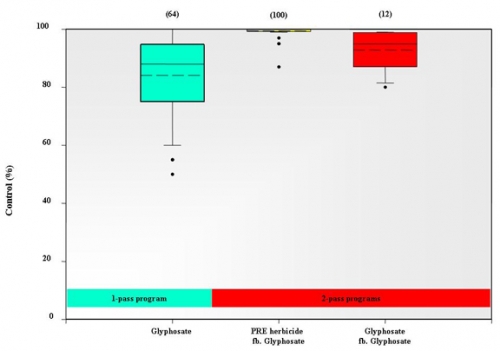 Figure 1. Consistency of common lambsquarters control with three different types
of herbicide programs in soybeans. A 2-pass program that consisted of a soil-applied
or preemergence (PRE) herbicide followed by glyphosate (POST) was more consistent
in controlling common lambsquarters than either one or two-postemergence applications
of glyphosate.
( ) = Number of observations for each treatment.

This data is a compilation of 6 years of research trials conducted at Michigan State University (C. Sprague, 2005).