Adequate moisture and warm temperatures has allowed for rapid crop development in the west central region.

High temperatures ranged from the upper 70s to the mid-80s this week at Entrican, Mich.; lows ranged from the mid-50s to upper 60s. Average relative humidity levels ranged from 77 to 92 percent. Variable rainfall amounts were recorded in the west central region over the past week with many areas receiving 0.25 to 0.5 inches for the week while others received up to an inch or more from scattered thundershowers. Most of the heavier soils have adequate moisture for crop growth while several crop and vegetable producers on the sands of Montcalm County are irrigating this week.

Corn ranges from knee high (V8-V10) to near tassel emergence. There are still a few fields with various nutrient issues, much of it from the loss of nitrogen from leaching, but several with various other issues including Mg and pH. While a few fields on very sandy soils are starting to show signs of drought stress, the majority have very adequate moisture. Few serious pest issues have been observed.

Soybeans are beginning to bloom in early planted fields. There are a few soybean aphids in the early fields, but there is also an adequate supply of natural predators.

Dry beans have emerged and by in large are doing well. There are fields with root rot issues where heavy rain slowed emergence and added stress to the crop.

Wheat has turned. Harvest should begin in seven to 10 days, weather permitting. Yields will be variable as many fields suffered from excessive water, while others on lighter soils that are excessively drained may well be above average due to adequate moisture.

Alfalfa harvest continues with many producers finishing second cutting. There is still first cutting hay yet to be harvested as some producers are committed to putting up dry hay have been delayed many times by rain.

Japanese beetle adults have emerged and are present in many crops including dry beans and soybeans. Numbers are low so far, but according to Michigan State University Extension will likely increase over the next few weeks as more adults emerge. 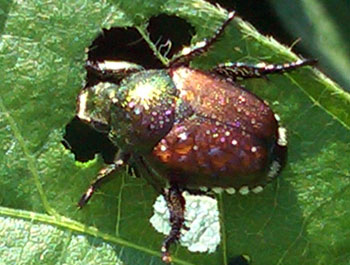 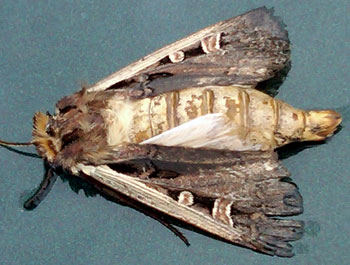 Potato leafhopper adults and nymphs are present in alfalfa and untreated dry beans. Numbers have been low so far, but this pest will need to be monitored.