Why should greenhouse growers pay attention to vapor-pressure deficit and not relative humidity?

Vapor-pressure deficit is independent of temperature and is a more accurate measure to predict plant transpiration and water loss than relative humidity.

Greenhouse ornamental and vegetable growers manage many environmental factors in their greenhouses, sometimes including humidity. Air with a high relative humidity, greater than 85 percent, can provide an environment conducive for fungal pathogens because the water lost through the stomata is slowly lost to the air and therefore remains on the leaves. While relative humidity is the most common way growers express the air’s saturation with water, it is not the best measurement to accurately predict plant transpiration, or water loss. Why?

Instead of relative humidity, the more accurate way to express the driving force of water loss from a leaf is vapor pressure deficit (VPD). Its value is independent of temperature. VPD is the difference between the amount of moisture in the air and how much moisture the air could potentially hold when it is saturated. It is often measured in pounds per square inch (psi) or kilopascal (kPa). A high VPD (greater than 1.0 kPa) means that the air can still hold a large amount of water. Therefore, there is a fairly large gradient between plants (nearly saturated with water) and the air, enabling the plants to transpire and over time, dry out. A low VPD indicates the air is near saturation. A VPD of zero means the air is 100 percent saturated and thus plants cannot transpire effectively.

Growers should aim to have fairly low VPD, for example 0.3 kPa, when rooting cuttings in greenhouses. This will reduce the drying of young plants, thereby reducing the frequency of misting and watering required to keep plants hydrated. However, Michigan State University Extension recommends maintaining a greater VPD (greater than 0.5 kPa) in greenhouses while finishing plants, especially when there is a dense plant canopy. Plants will be able to transpire, cool themselves and be less stressed while the environment is less conducive to disease.

Greenhouse vegetable growers harvesting fruits should be aware that one study, “Vapor Pressure Deficit (VPD) Effects on the Physiology and Yield of Greenhouse Tomato,” reported that a VPD of 0.8 kPa during the day and night increased photosynthetic rates and tomato fruit yields compared to plants grown with a VPD of 0.5 kPa. Too dry of an environment can also cause problems. For example, another study, “High Vapor Pressure Deficit Influences Growth, Transpiration and Quality of Tomato Fruits,” showed that a very high VPD of 2.2 kPa could cause plant stress and fruit cracking in tomato. 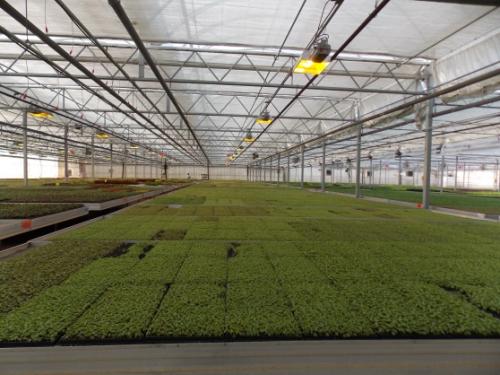 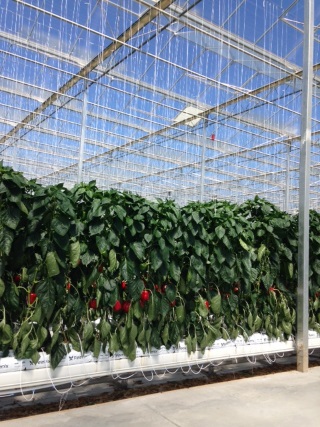