Why you might not see many eastern tent caterpillars in 2013

Much of Michigan has been experiencing a very low population of eastern tent caterpillars for the last few years.

For the third year in a row, the number of eastern tent caterpillars (Malacosoma americanum) has been remarkably low throughout most of Michigan. Like many insects, the populations of eastern tent caterpillars can vary greatly from year to year, but in typical low population years, the insect is still quite noticeable due to the large and messy silken tents the larvae construct on their host plants, which include wild cherry and several other trees and shrubs. It is quite unusual for the populations to be so low that the tents are not seen, but that has been the case for the last three years in many parts of the state. 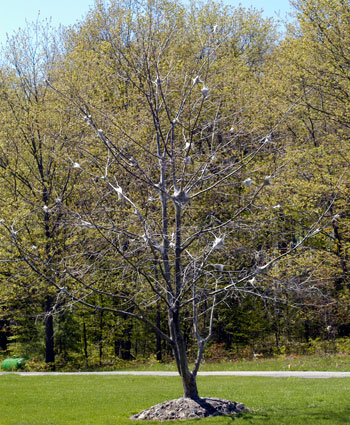 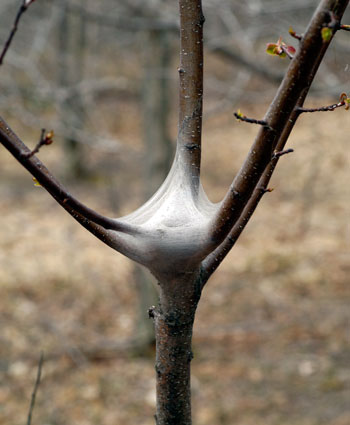 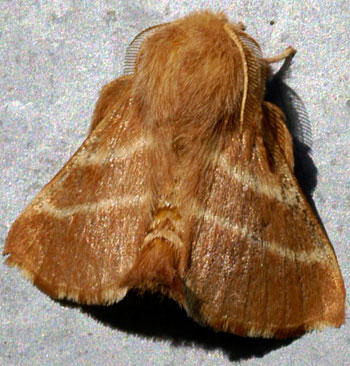 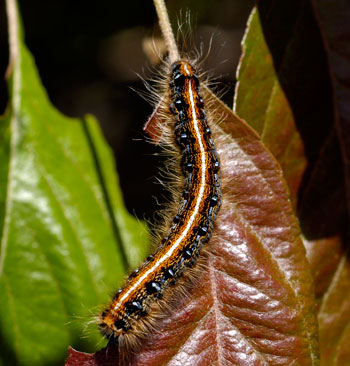 Weather conditions in 2012 and 2013 were extremely hard on the young caterpillars. In 2012, the warm weather in March brought on egg development and hatch way ahead of the normal pace, putting the caterpillars into great peril when freezing temperatures returned in April. Survivors had to deal with a shortage of food because the host plant leaves were also killed by frosts. This year, the very cool and wet weather trends delayed the development of leaves on host trees, likely causing significant starvation of caterpillars.

A number of Michigan State University Extension staff and faculty from the MSU Department of Entomology have made observations on the eastern tent caterpillar situation. Russ Kidd, a retired Extension forestry educator from the Grayling, Mich., area agreed that eastern tent caterpillars are at an all-time low. Jill O’Donnell, a statewide Extension educator based in Cadillac, Mich., did not see any tents in 2013, despite living in an area where wild cherry is quite common. David Smitley from the MSU Department of Entomology was aware of the collapse of eastern tent caterpillar population in northern Michigan in 2011-2012. He saw many tents this spring in northern Indiana, but the tents were smaller and later than normal.

Deb McCullough from the MSU Department of Entomology thinks the cool spring of 2013 affected eastern tent caterpillars. The larvae hatch very early in the spring and high mortality of pharate larvae (still in the eggs) and neonate larvae have been reported in studies done in Minnesota, Ontario and Manitoba. Also, in the Great Lakes states, eastern tent caterpillar populations generally exhibit Moran effect dynamics, i.e., cycles where populations can be relatively high across a wide geographic span for a few years, then collapse within a year or two, remain at endemic levels for some years, then build again across the region. Densities can be very high during outbreaks or not as high, but still higher than endemic levels. 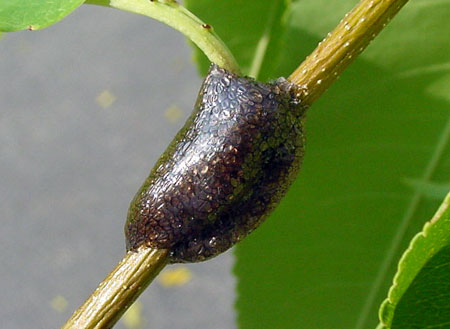 With Moran effect dynamics, there is some "exogenous factor" – something external to the actual insect populations – that occurs across the area and facilitates population growth. That's almost always going to be weather-related, but it can be a different factor associated with every outbreak. Second, the insect populations are subject to similar density-depending mortality. It does not need to be the same mortality factor across the region or from one outbreak to another, but with eastern tent caterpillars, there is often a build-up of disease or parasitoids. So, you get "lagged density-dependence,” where it takes one, two or three years for the outbreak to collapse.