The winter of 2013-14 was certainly one of the most challenging any of us have ever experienced, and lawns emerged from winter with some bumps and bruises.

Weather records have been falling like bowling pins throughout the winter and spring. Many areas have broken records for total snowfall amount, days of consecutive snow cover, and low temperatures. Snow mold, both gray and pink, were very active under all that snow cover this winter. Lawns emerged with matted turf that, in some cases, had a grayish-white or pinkish color. In most cases the snow mold didn’t actually kill the turfgrass plant, but simply blighted the leaf blades.

Both moles and voles have physically damaged lawns during the winter and spring. Mole damage is nothing new to most homeowners that have struggled with controlling moles in the past. Both eastern moles that push up soil and turf from tunnels near the surface and star-nosed moles that produce volcano-like mounds of soil are active. Mole control measures include using traps or poison baits. I always caution that if you’re going to use poison baits, be very cautious if you have any pets that like to dig in the lawn. 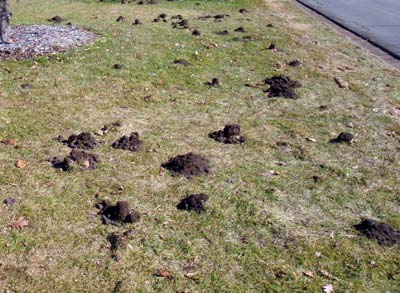 Voles, or what most people simply call field mice, were very active this winter chewing on our lawns. Fortunately in lawns, vole damage is superficial in that the voles don’t actually kill the turf plant, but simply eat the leaf blades. Grab your favorite leaf rake and remove the dead, loose turfgrass from the vole highways and the turf will start to grow back quickly. 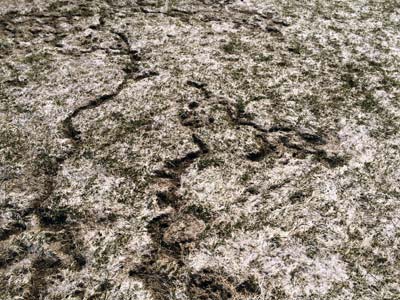