Winter versus raccoons, skunks and opossums

Where do the avid garden critters raccoons, skunks and opossums overwinter?

During three seasons of the year, many gardeners are aware of raccoons, skunks and opossums wandering through their yards from dusk until dawn. They may see prints in damp soil to indicate a midnight snack run. All of these critters will take advantage of a lovely landscape that produces nuts, berries and fruits, as well as the fallout from a bird feeder. This trio will be delighted to get into unsecured garbage containers or pet food. The raccoon and skunk will root around in the lawn in the spring and fall, looking for earthworms and grubs. All three are classified as omnivores that will eat whatever comes their way or whatever they can capture. This includes earthworms, insects, bird eggs, nestling birds and smaller animals like rodents.

But what happens to these critters during the winter? None hibernate or migrate to a better climate. None stockpile food in preparation for the winter’s meager pickings. As evidenced by the last month’s weather, Michigan can be a difficult place to spend the winter outside.

Raccoons are the largest and the best suited to surviving. They spend the winter in places like hollow trees, woodchuck burrows, abandoned buildings and rock crevices. They may be alone or a female may be with the current year’s almost fully grown babies. When the weather is bad, they stay in their dens and sleep lightly. When temperatures and weather improve, they will be looking for whatever can be found. Lifespan for these masked troublemakers is usually two to three years, but some can live up to 12 years. 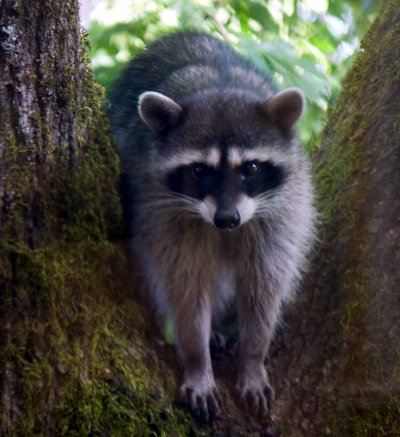 Skunks build dens in almost the same areas, but do not climb into trees. During cold snaps and harsh weather, they stay in their dens. With their gentle nature, however, skunks can spend the winter in groups of a dozen or more. This makes surviving easier when there is heat to share. According to Michigan State University Extension, skunks can lower their body temperatures about 10 degrees for short periods of time, but this does not give them the edge for winter survival. In harsh, snowy winters when there is deep snow and a lack of food to find, as much as 50 percent can die. Even though, the average lifespan for skunks is about four years. 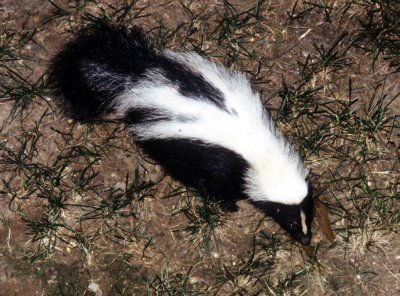 Opossums have the most difficult winters of all. They rarely share a nest with other opossums. They will spend the winter in dens like abandoned woodchuck burrows, hollow trees and brush piles. Opossums may not be considered the smartest animal, but they are smart enough to line their dens with dry grass and leaves. They gather the material and transport it, either holding it in their mouths or grasping a bundle with their prehensile tails. But poor Opie has a tendency to switch nests several times a week.

Their hairless ears and tails often get frost bitten and it is unusual to see an opossum with the tip on its tail. They, like the others, rest in their dens during bad weather and forage for food to stay alive. During the winter, the area under bird feeders is the local diner for a number of animals, including opossums. An opossum’s life span is less than two years. Considering that it has remained virtually unchanged since prehistoric times coupled with a short lifespan, this is incredible. 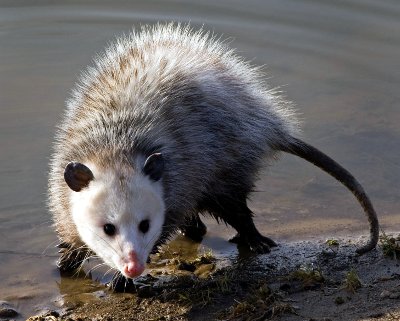 As you look out the window on your frozen landscape, think of Rocky, Stinky and Opie. Where you are positioned on the food chain changes your feelings about this winter wonderland.

The Song of a Snowy Tree Cricket