Yellow, stunted alfalfa may not be entirely due to drought

Potato leafhopper numbers are above threshold levels in some alfalfa fields around Michigan.

Livestock producers concerned about the availability of hay and haylage this year need to scout and potentially treat alfalfa fields for potato leafhoppers. Potato leafhoppers damage alfalfa plants by piercing the leaf surface with its stylet and sucking out plant juices. As it probes, potato leafhoppers injects a salivary toxin that affects plant cells and disrupts vascular tissue. The disruption and blockage of the vascular system is what leads to the first visible sign of potato leafhopper damage, the yellowing of leaf tips, often referred to as hopper burn (Photo 1). The end result is a reduction in tonnage and quality. In severe cases of potato leafhopper feeding, whole plants and whole fields will turn yellow and be severely stunted (Photo 2). 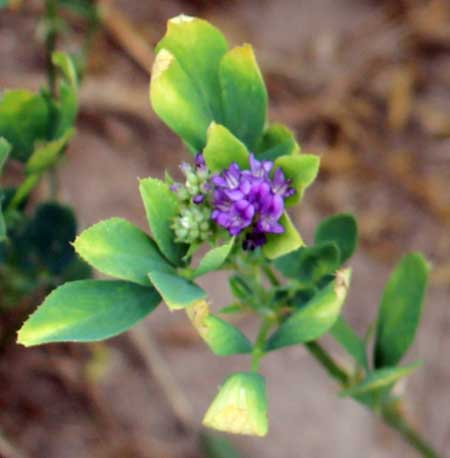 Photo 1. Typical “hopper burn” symptoms on alfalfa where leaf
tips are yellow, progressing toward the base of the leaf in a V-shape
pattern. Photo credit: Fred Springborn, MSUE 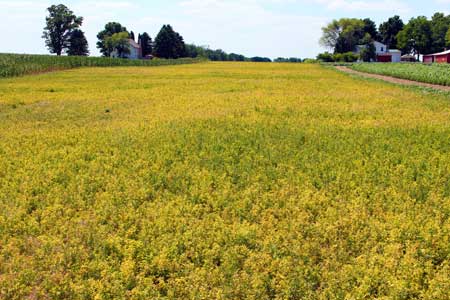 Photo 2. A severely stunted and yellow alfalfa field impacted by
both very high potato leafhopper numbers and drought. Cutting
of the alfalfa followed by scouting of regrowth is recommended
in such cases.Photo credit: Fred Springborn, MSUE

Each year, potato leafhoppers blow in from southern states on storm fronts and are deposited in Michigan. Populations are variable from year-to-year, depending on timing of arrival and number, and how rapidly they reproduce once they arrive. In typical moist, humid Michigan summers, potato leafhoppers are controlled naturally by a fungal pathogen that infects and kills the insect. The potato leafhopper population often crashes by the middle of August due in large part to the fungal pathogen.

Unfortunately, the hot, dry weather we have experienced this season favors potato leafhoppers. The high temperatures allow leafhoppers to multiply quickly. The plant sap of drought-stressed plants is often more concentrated and nutritious for the insect. Meanwhile, biocontrol is less, as the fungal pathogen is not active under low humidity. All of this results in potentially large potato leafhopper populations in fields. At the same time, stressed plants are less able to compensate for sap removal and the effect of the toxin, so the impact of potato leafhopper feeding is magnified.

Potato leafhoppers are small and highly mobile and they are sometimes difficult to see and count (Photo 3). Threshold levels are not detectable by driving by the field or from the seat of a tractor or ATV. Alfalfa fields that are at threshold may show few signs of damage (Photos 4 and 5). In alfalfa, a sweep net is recommended to sample potato leafhoppers (Photo 6). 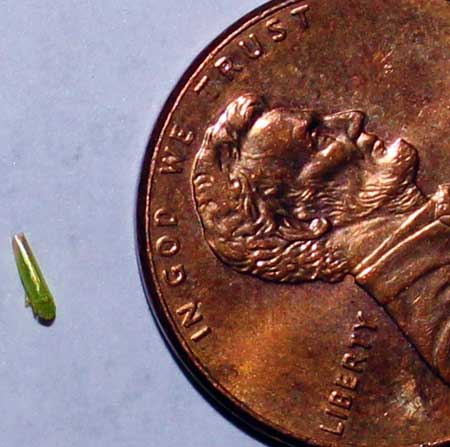 Photo 3. A potato leafhopper adult next to a penny for size
comparison. Nymphs are similar in color and shape, but smaller
and lack wings. Photo credit: Fred Springborn,MSUE 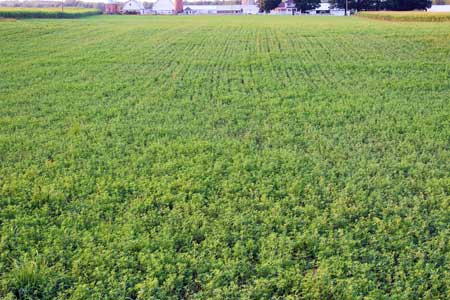 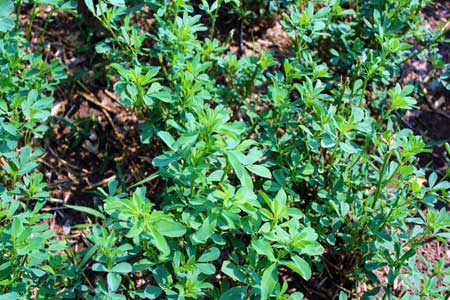 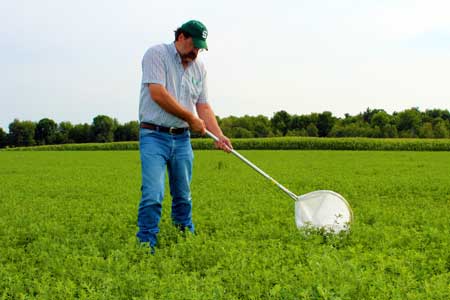 Photo 6. The use of a sweep net is recommended to sample
potato leafhopper populations in alfalfa. Photo credit: Fred Springborn, MSUE

Alfalfa thresholds are based on a combination of the number of potato leafhoppers per 100 sweeps and the height of the alfalfa.

Tall alfalfa that is over threshold can also be managed by timely cutting. Cutting is preferred because it may eliminate the need for insecticide use and avoids issues with preharvest intervals. Be aware that neighboring fields of alfalfa and other crops will likely increase in potato leafhopper numbers as adults leave the cut field. Regrowth should be scouted and closely monitored after cutting, as the threshold is lower for shorter alfalfa. If treatment of regrowth is necessary, insecticides applied to the shorter stand will have better coverage.

Potato leafhoppers are relatively easy to control with insecticides and there are many registered products, including inexpensive choices. Note labeled preharvest intervals and warnings for applications if honeybees are nearby.

While drought is the dominate factor limiting alfalfa regrowth in several parts of the state this summer – southwest Michigan in particular – there is still moisture available for alfalfa regrowth in many areas. Controlling potato leafhoppers will help alfalfa make the most of the limited moisture that is available and maximize alfalfa yield and quality in the face of a short hay supply.

Late season nitrogen applications for forage grasses are not recommended