As the world's biodiversity hotspots are increasingly stressed by their human neighbors, zoning is becoming a common strategy to balance environmental protection and human needs. 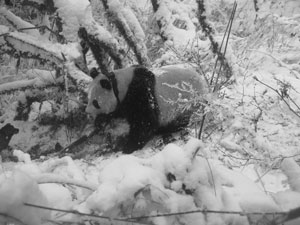 As the world's biodiversity hotspots are increasingly stressed by their human neighbors, zoning is becoming a common strategy to balance environmental protection and human needs. However, a recent study conducted by Michigan State University (MSU) researchers shows zoning for conservation demands reality checks.

"Zoning ordinances are rarely evaluated for their ability to make positive changes using empirical data on both human and biodiversity characteristics," said Jianguo (Jack) Liu, MSU AgBioResearch scientist and holder of theRachel Carson Chair in Sustainability at MSU. "It's critical to examine both human and natural systems to see if ordinances are working and understand what changes might be needed."

The study, published in the Oct. 27 edition of Biological Conservation, shows that zoning is helping protect endangered giant pandas in China's Wolong Nature Reserve. The analysis from the MSU Center for Systems Integration and Sustainability (CSIS) also reveals critical weaknesses.

According to the paper, zoning ordinances can be useful to balance human activities and wildlife habitat as long as a few limitations are remembered: lines on a map don't show up in a forest, laws mean little without enforcement and animals can't read zoning ordinances.

"Zoning everywhere, in China and in the United States, is about drawing lines on a piece of paper. But the big challenge is always how to bring those lines to life," said Vanessa Hull, doctoral candidate in CSIS and the paper's lead author. "The people who live in that landscape can't see it and there are no fences. We're showing that zoning is an effective tool for controlling some human impacts but not others."

Increasingly, governments are turning to zoning ordinances to protect habitat while still allowing people access to a livelihood. People in Wolong historically have farmed, chopped down trees for fuel and construction, kept livestock and accommodated tourists who stream in to see pandas in breeding centers.

Pandas are picky about their habitat – they need gentle slopes, moderate elevation and plenty of bamboo to munch. Though other species that contribute to Wolong's rich biodiversity benefit from conservation efforts, the charismatic pandas drive much of the policy there.

Wolong has been zoned into three areas. First, the core area strictly limits human activity to minimize human impact on pandas. Second, the experimental area thrives with homes, businesses and roads. In between is a buffer zone of controlled human access intended to acknowledge that it's hard to declare a forest pristine if a hotel is right next door.

Hull said that zoning in Wolong is protecting some but not all prime panda real estate. The study also is helping show where improvements are needed, including: