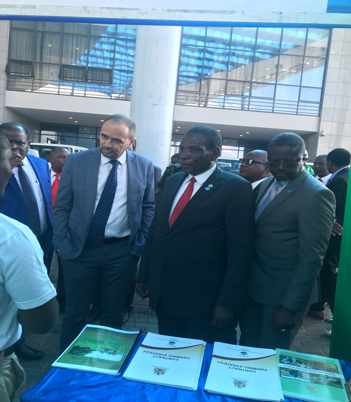 On 13th June 2018, the Government of Malawi (GoM) through the Ministry of Agriculture, Irrigation and Water Development (MoAIWD) launched the National Agriculture Investment Plan (NAIP), which is the medium-term Investment framework for the agricultural sector covering a five-year period (FY2017/ 2018 - FY2022/2023). The NAIP is the main implementation vehicle for the National Agriculture Policy (NAP). It is a second-generation agriculture investment plan for Malawi, following the Agriculture Sector Wide Approach (ASWAp) that run from 2011-2016. It provides a framework to coordinate and prioritise investments by various government agencies, Development Partners (DPs) and Non-State Actors (NSA) in the sector.

The NAIP has four programs (Policies, institutions and coordination; Resilient livelihoods and agricultural systems; Production and productivity; and Markets, value addition, trade and finance) and 16 interventions areas, which include: Policy, Program and Stakeholder Coordination; Farmer Organisations; Public agricultural services delivery; Food and Nutrition Security; Investments in agribusiness; Access to financial services, among others. Implementation of the NAIP will be key to achieving the sector objectives, such as broad-based growth, poverty reduction, food and nutrition security, resilience, climate change adaptation and trade development. The process for developing the NAIP started in September 2016, soon after the approval and adoption of the NAP.

The Minister of Agriculture, Irrigation and Water Development, Hon. Joseph Mwanamveka officially opened the event in the presence of development partners, senior government officials, academia, civil society organizations, farmer organizations, and farmers from across the country as well as the media.

In his opening speech, Hon. Mwanamveka said, “The launch is an important milestone in the journey to make Malawi’s Agriculture a transformative tool in turning the country into a producing and exporting nation.”

The Ministry organized stakeholders to display their activities at the launch. The New Alliance Policy Acceleration Support Project (NAPAS: Malawi) of the Feed the Future Innovation Lab for Food Security Policy, a project funded through the United States Agency for International Development (USAID), was among the 24 stakeholders that were given a stand to display their activities. NAPAS: Malawi presented several policies, strategies and value chain studies that it has produced to support the Ministry over the last three and half years. In particular, the Project produced posters on two of the 12 value chain studies that the Project conducted to guide agricultural investments during the NAIP development and implementation: “Is There Scope for Commercially Upscaling the Groundnut Value Chain in Malawi? A Systematic Analysis of Groundnut Production, Processing and Marketing in Malawi” and “Analysis of the Value Chains for Root and Tuber Crops in Malawi: The Case of Irish Potatoes.” The two posters were among six papers (and posters) that were accepted for presentation at the 2018 International Consortium on Applied Bioeconomy Research Conference (ICABR) on “Disruptive Innovations, Value Chains and Rural Development, organized by the World Bank in Washington DC, June 13-15.

The Project also distributed policy briefs on three of the value chain studies that have been developed (“Systematic Analysis of Groundnut Production, Processing and Marketing in Malawi”, “Is the Future of Malawi’s Pigeon Pea Industry at the Mercy of India? An Analysis of Malawi’s Pigeon Pea Value Chain,” and “Analysis of the Value Chains for Root and Tuber Crops in Malawi: The Case of Cassava”). A policy brief on complementary interventions regarding soil fertility management and several policies and strategies that the Project has helped the Ministry produce were also on display. 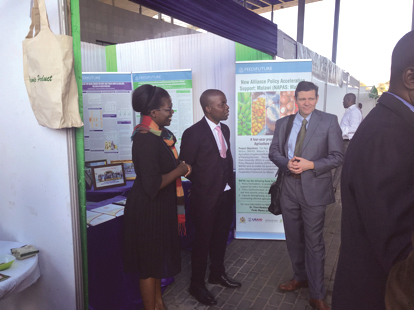