In an effort to improve the quality of journalism and reporting of agricultural issues in Malawi, the Ministry of Agriculture Irrigation and Water Development (MoAIWD) offered another training workshop through the New Alliance Policy Acceleration Support (NAPAS: Malawi) project: “Journalism Ethics in Agriculture: Avoiding Fake News.”

June 19th 2017, about 40 journalists from different media houses across the country participated in a workshop organized by NAPAS: Malawi. The theme was “Journalism Ethics in Agriculture: Avoiding Fake News.” The participating journalists arrived to the workshop not only doubting the existence of fake news in agriculture, but also wondering how these can be generated.

So NAPAS: Malawi tested them with a “whisper game.” This is a very exciting game which demonstrates the risks of distorting facts and misquoting sources. The game emphasizes the need to pay attention to details. We formed three groups, and each one was given a sentence. The first person of each group was asked to whisper the sentence to his neighbor, who in turned whispered it to his other neighbor, and so one. The final sentence, alas, was not at all like the original one!

For instance, an original statement read: “Effective policies are the best beginnings for driving effective programs that deliver to the people” and turned into: “Effective ways of making news.” And the whole room burst out laughing. The whisper game is simple, and demonstrates well the importance of the channels used to collect information. These are similar to the ones used in journalism.

Sera Makondetsa, a journalist at the Daily Times, Malawi’s leading private media house, said the decision rests entirely on the need to not only balance stories but also cross check facts as fake news could be disastrous. “This game is an eye-opener, because it teaches us the basics, what to do and what not to do. In most cases, a story changes a great deal along the way from when we first heard it, and if we don’t cross-check facts, it becomes a problem because that’s how fake news are created,” she said.

“What about leaked information and confidential or classified information/data? How does the period of classification/confidentiality affect publishing decisions? How does trust in the source and reputation play out in decision making? What about newsjacking and sharing other reporters’ stories? How can we be sure they’re factual material rather than fake news? Basically fake news do exist after all,” concluded Kingsley Jassi, a business and agriculture journalist from Rainbow Television. 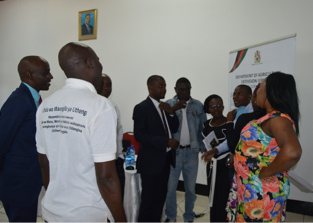 “There are many reasons why media might want to write fake news, I mean besides wanting to make sales. Given that they’re in business, some media houses are just careless about checking facts,” Jassi continued. According to him, “truth matters, and it’s important to cross-check each and every information that lands on our fingertips to avoid fake news.”

1) NAPAS to present on Journalism Ethics, Standards and Fake News – Implications for Evidence-Based Reporting on Agricultural Issues in Malawi
2) NAPAS to present on News Clips on Minimum Farmgate Prices and Agricultural Production Estimates in Malawi. Note that this presentation has fictitious information for the purpose of training exercise.
3) Panel Discussion: Pitfalls of using media for advocacy, activism and lobbying – Risks of Fake News in Agriculture
4) Ministry of Information presentation on: How Government Interfaces with Media: Protocols and Procedures Part I
5) Evidence-based Reporting of Agricultural Issues through Community Radio Stations
6) Presentations on projects and programs as sources of facts. 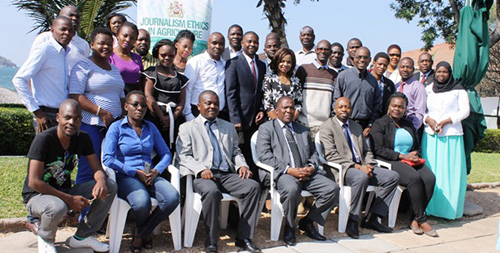 Expected Outputs of the Workshop