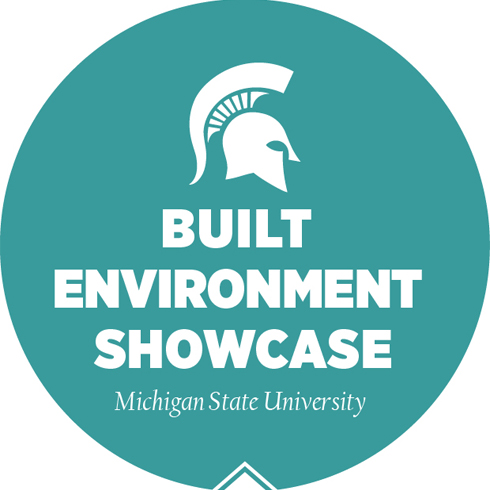 The Built Environment Showcase (BES) was held in 2012 and 2014 in East Lansing. At these events, the School of Planning, Design and Construction and its partners gathered built environment industry professionals, State government representatives and MSU leaders to discuss ways to increase partnerships, economic development and placemaking opportunities, and more.

The purpose of the Showcase was to:

Why SPDC Hosted the Showcase

As the “Pioneer Land Grant University,” MSU is positioned to facilitate conversations between different sectors of the built environment, and to act as a catalyst in the creation of public/private partnerships that have the potential to increase economic growth and development.

Why is this important? The industries and professions that create the built environment rarely interact with each other in a comprehensive manner as a team for regional change. The idea was to:

By bringing together the built environment creators, a goal of BES is to provide the opportunity for the sharing of ideas between these different sectors that could lead to potential public/private partnerships, the resolution of current issues and the creation new visions for the future.

Building on the success of the first conference in 2012, SPDC, along with the MSU Land Policy Institute, the Michigan State Housing Development Authority, the Michigan Economic Development Corporation and Prima Civitas, co-hosted the second BES to showcase the top industries in Michigan’s built environment sector and the positive impact they have had throughout the state.

This event featured several industry and State and national leaders who presented new research and case studies examples on placemaking and its effects on the built environment in Michigan, an update on the economic impact and situation of the industry in the state and a panel discussion by bankers on investing in our places. The public were able to engage with these leaders and industry representatives throughout the event.

An Advisory Board, consisting of a cross section of the built environment sector, was formed to help vision the development of BES. This board includes leaders and company owners in Michigan’s built environment industries.

The Vendor Showcase featured the accomplishments of the built environment industries and professions, recognizing the impact they have on local, state and national economies. The showcase brought together representatives from all aspects from this sector to discuss the latest common interests and plan an agenda for a brighter tomorrow.