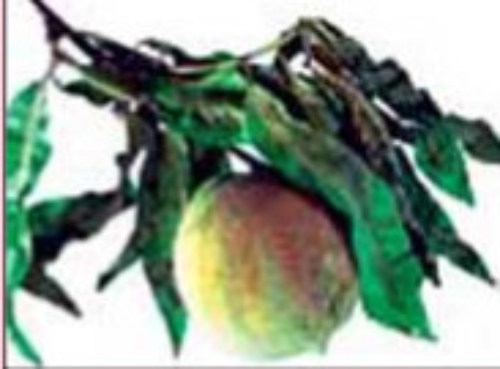 Fruit decay and shoot dieback from brown rot. A

Oval sunken brown cankers develop at the base of infected blossom spurs and fruit of peach, nectarine and apricot; later, the bark at the edge of the canker cracks, gum oozes out and a callus forms.

Ash-gray tufts (sporodochia) bearing conidia of the fungus often develop over the surface of the infected tissues. The presence of conidia on lesions is the most distinctive characteristic of brown rot.