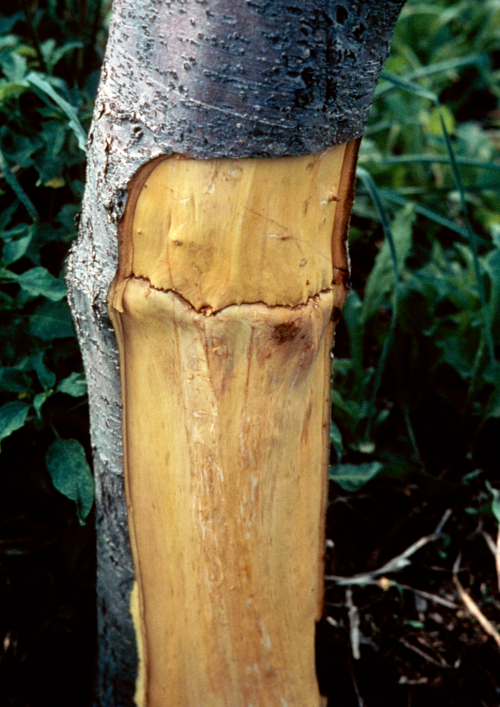 A distinct, black, sunken line at the union appears underneath the bark. Mid-Atlantic Orchard Monitoring Guide
A

AUND is due to an incompatibility at the graft union where a resistant scion is grafted onto a susceptible, but tolerant rootstock, most commonly MM.106. Symptoms appear approximately 4–6 years after planting, usually once the tree is capable of bearing a full fruit load. Affected trees show a general decline beginning with delayed budbreak. The canopy tends to be sparse, bearing small, pale green leaves, and premature defoliation is possible. A distinct black, sunken line at the union is apparent underneath the bark (A). The graft union may be weakened to the point where the scion and rootstock separate partially or completely or crack under stressful conditions (B).