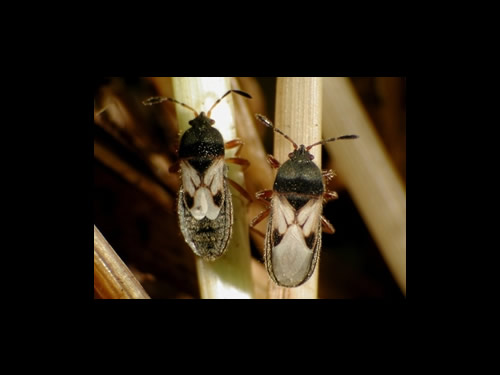 Chinch bugs on plant A

The chinch bug does not have a pupal stage and the immatures look very much like the adult, but are black and lack wings (Image A).

Notes: Chinch bugs are most likely to become problematic on non-irrigated lawns. If it rains when they are active or if there is an irrigation system, there is a naturally occurring fungal pathogen that will attack them. There are also some important predators of chinch bugs, including the big-eyed bug, which is silver and about the same size as a chinch bug.