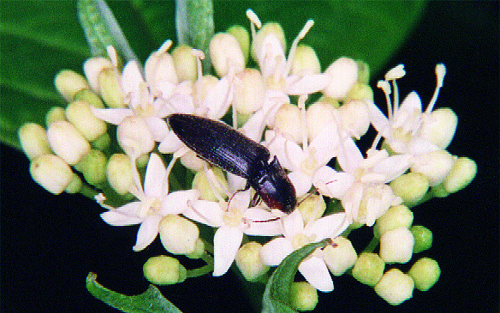 Adult has a dark, hard, elongated body; sometimes with colorful markings on its thorax. Robert Vigneault, Oka, QC
A

The click beetle is dark-colored (A); its body is hard and elongated; it has a characteristic pair of spurs and sometimes colorful markings on its thorax. When set on its back, it can bend its body and suddenly straighten out, propelling itself into the air to right itself, and emitting a distinctive "click" in the process.