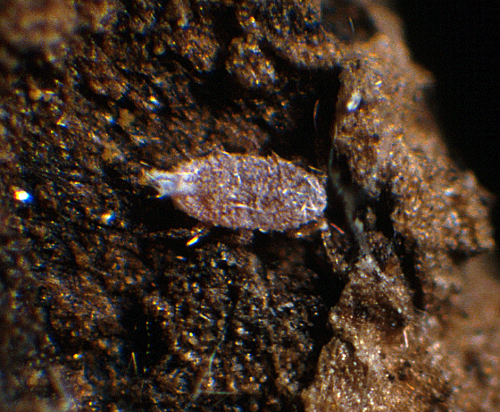 Adult females and nymphs are generally similar in appearance, having an elongate-oval shape, no wings, a many-segmented body and well-developed legs (A). The legs and antennae are inconspicuous. Body color is reddish brown, but the overall appearance is white because it is covered with wax, particularly in the case of the adult female (B), which additionally has long body filaments (including a pair caudally that are 1/3 as long as the body). The adult male is very small, gnat-like, and transient, so is rarely seen.