Distribution: Widespread; the virus is endemic to North America. 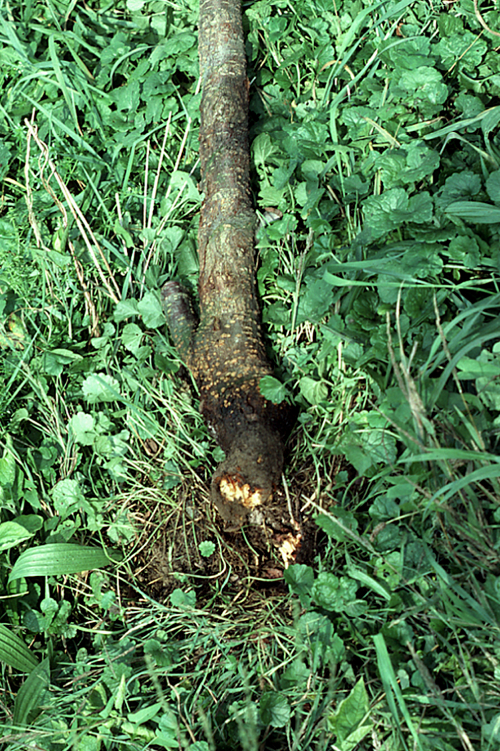 The scion grows quicker than the rootstock so that the rootstock appears constricted just below the graft union. Thomas Burr, Cornell Univ.
A

Brown line disease is due to an incompatibility at the graft union when Stanley plum and some other European or hybrid plum varieties are grafted onto Myrobalan (Prunus cerasifera) rootstock. Asian plums are not affected. Infected trees show a general decline and bear small, pale green leaves. The scion grows quicker than the rootstock, giving the rootstock a constricted appearance just below the graft union (A). A distinct brown, sunken line at the union is apparent underneath the bark (B).