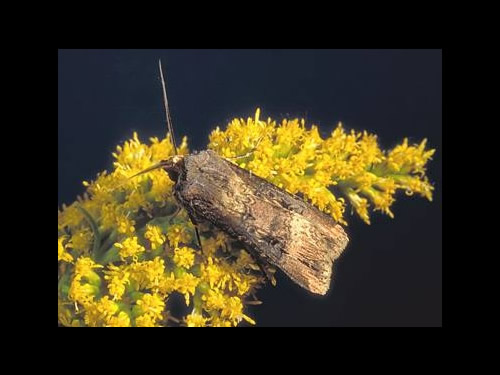 The adults are nondescript brown or grey moths (Image A & B). There are several species that can be a problem on turf. The insect does not overwinter in Michigan (see notes section) and flies in on wind currents in the spring. They can go through several generations per year, so damage can occur at different times over the summer.

Notes: There is a new species of cutworm called the winter cutworm in northern Michigan that overwinters in Michigan and causes its damage during the winter or early spring months.