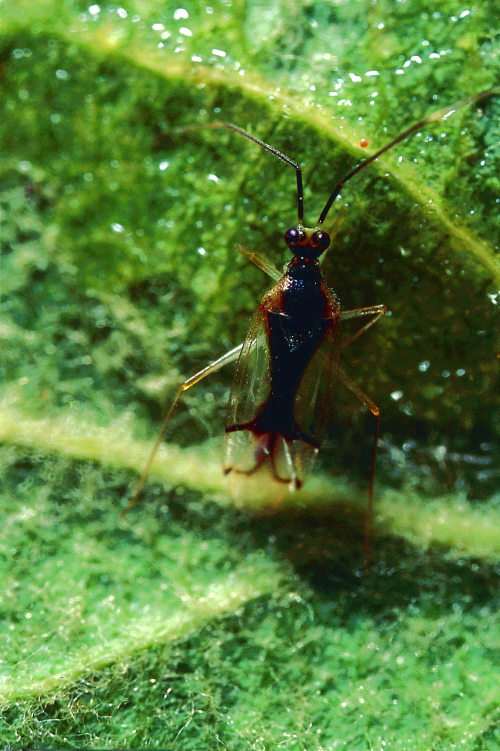 Adult is similar to the tarnished plant bug, but with a more elongated head and translucent wings crossed with two black lines that form an angle at the forewing ends. Bernard Drouin, Ministry of Ag., Fisheries, and Food
A

The adult is similar to the tarnished plant bug (Lygus lineolaris), but with a more elongated head and has translucent wings (A) crossed with two black lines at an angle; also, without the cream-colored scutellum seen in L. lineolaris. The antennae are striped. The nymph is green with a red banana-shaped process at the end of its abdomen (B). Note: These bugs are less sensitive to certain organophosphate insecticides, such as those used against the apple maggot.