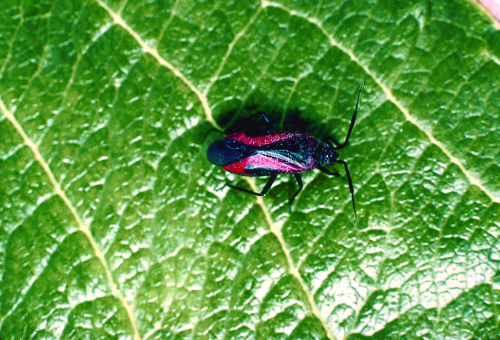 Young adult is black with red wing markings that disappear a few days after metamorphosis to adult. Charles Vincent, Ag. & Agri-Food Canada
A

The young adult is black with red wing markings (A), which disappear a few days after it metamorphoses into an adult.