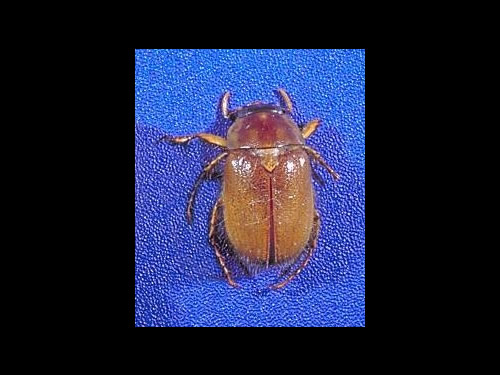 The adults are a light brown beetle 3/8 to 1/2 inch in length and have a black band on the front of the head (the mask)(Image A & B). They have a single generation per year and adult flight is in June and July. Eggs are laid and the grubs hatch and begin to feed in August and September (Image C). Damage is usually observed in the fall.

Notes: This insect is present in the southern tier of counties. It can appear in a mixed population with European chafer and Japanese beetle.  It is uncommon in Michigan but only 10 years ago it was not present in Michigan at all. It is the most destructive grub pest in the states just south of Michigan.