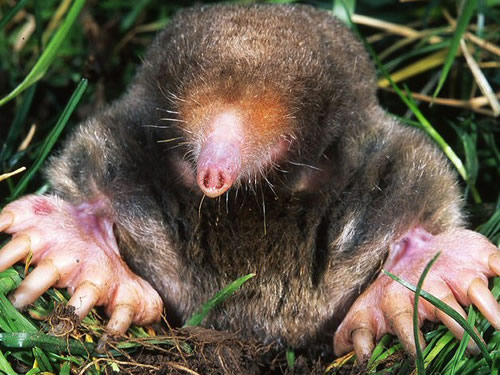 Mole in grass coming out of the ground A

Moles (Image A) become active when temperature rises in the spring and can cause damage until late fall.

Notes: Their primary food source are earthworms. They will feed on grubs if they are present, but an insecticide application to remove grubs may not cause them to leave.