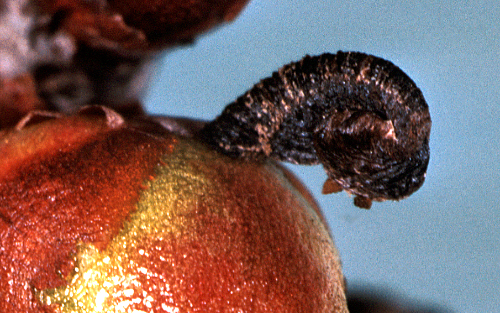 Pistol casebearer larva builds a case that is curled at the end, resembling a pistol handle. NY State Ag Experiment Station
A

Adult is dark gray with fringed wings. The pistol casebearer appears similar to a cigar casebearer: a small, yellowish larva with a black head that builds and hides in a shelter. However, the pistol casebearerâ€™s case is curled at the end, resembling a pistol handle. Both casebearers carry their case while feeding or attach to leaves and branches of apple trees.