Distribution: Primarily limited to eastern North America where Juniperus species occur. Quince rust affects both apple and pear, but is a minor disease on pear. 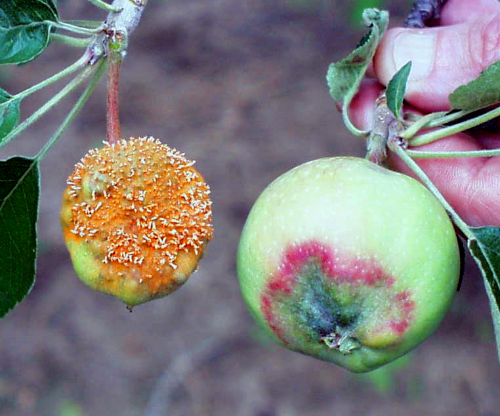 Attacks only the fruit (not the leaves) of apple and pear. Symptoms begin as a purplish lesion, usually appearing on the calyx end of the fruit. As the disease progresses, the entire calyx end becomes blistered and deformed. Tube-like structures eventually form and produce powdery, bright orange spores (A).