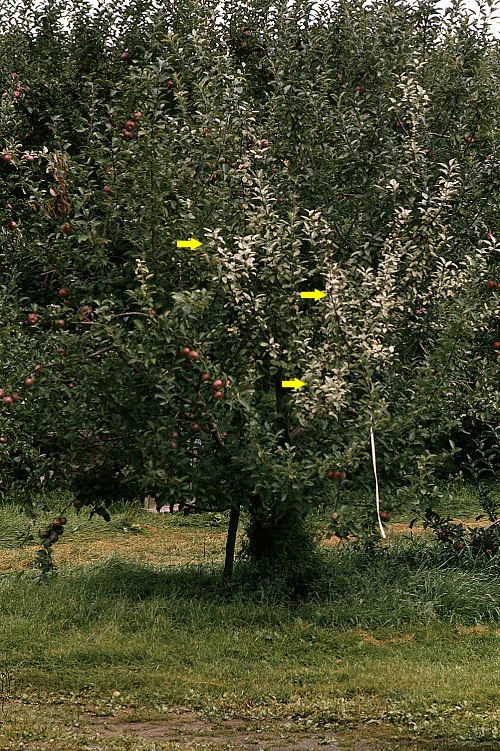 Silvering of the foliage is the characteristic symptom (A). At first, silvering may be associated with only one or two major branches, but eventually the entire tree becomes silvery in appearance. When infection is severe the leaves may curl upward. On apple, symptoms are usually evident shortly after petal fall. The symptoms progress over several seasons and trees slowly decline before dying. In some instances, affected limbs may recover and produce no symptoms in following years. The heartwood of affected trees is typically stained brown. In autumn, the fruiting bodies of the fungus (basidiocarps) appear on the surface of dead or severely infected limbs or the trunk (B).