Distribution: Mostly a problem from the Carolinas southward. 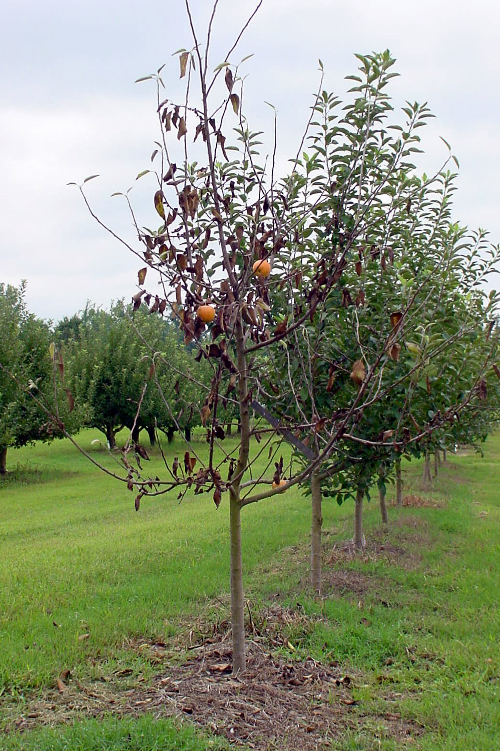 Trees attacked by the fungus show a general decline (A). In the early phase of disease, a dense mat or web of white mycelium is evident at the base of the tree (B). The mycelium eventually disappears and leaves behind masses of hardened, fungal bodies called sclerotia (C). The sclerotia are globular, vary in size from 0.5–2.0 mm in diameter, and are at first white in color and turn tan to reddish or dark brown as they age.