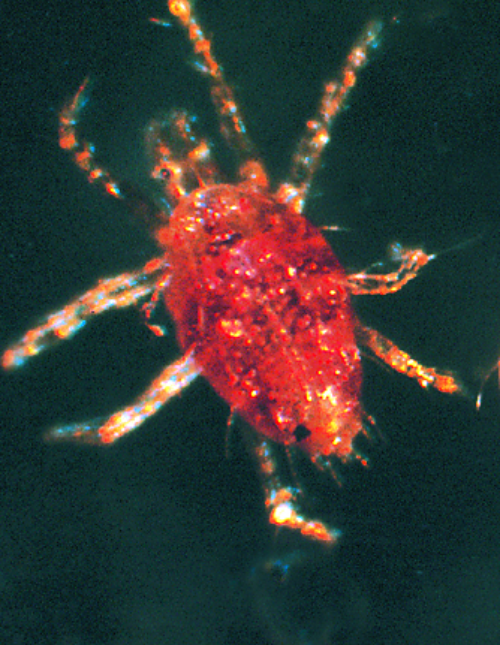 Agistemus fleschneri is the principal species found in QC and northern ON orchards, while Zetzellia mali predominates in the US, southern ON and the maritime provinces. Immature stages are bright yellow. Adult females of Agistemus are orange-red (A) and can be confused with the European red mite (Panonychus ulmi), but do not possess its silky white hairs. Zetzellia adults are bright yellow (B), but can appear reddish after feeding on red mites (C). Eggs are round and yellow (D). Note: In general, these mites are sensitive to broad-spectrum insecticides, but less so than phytoseiid mites.

Predatory mites can be distinguished from pest species by observing the speed of their movement. When disturbed, predators generally move quicker than pest mites. Predator abundance is strongly affected by pesticide use.