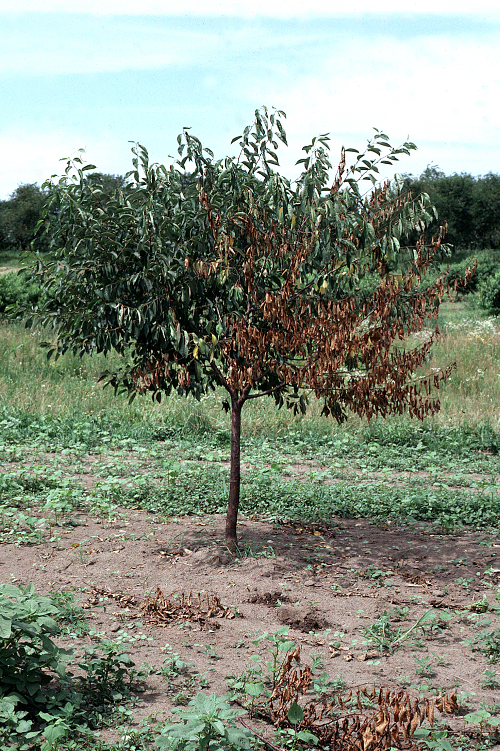 Leaves are wilted or browned on several branches, often remaining attached (flagging) while the rest of the tree appears healthy. Thomas Burr, Cornell Univ.
A

Leaves wilted or browned on one or several branches, often remaining attached (flagging); the rest of the tree appears healthy (A). Young trees are often killed by infection. Older trees, except for sweet cherry, can recover from infection, often leafing out in the following year, only to be affected again. Affected trees often have dark streaks in their sapwood of 2–3-year or older wood (B, C). Symptoms become more severe with water stress in midsummer.