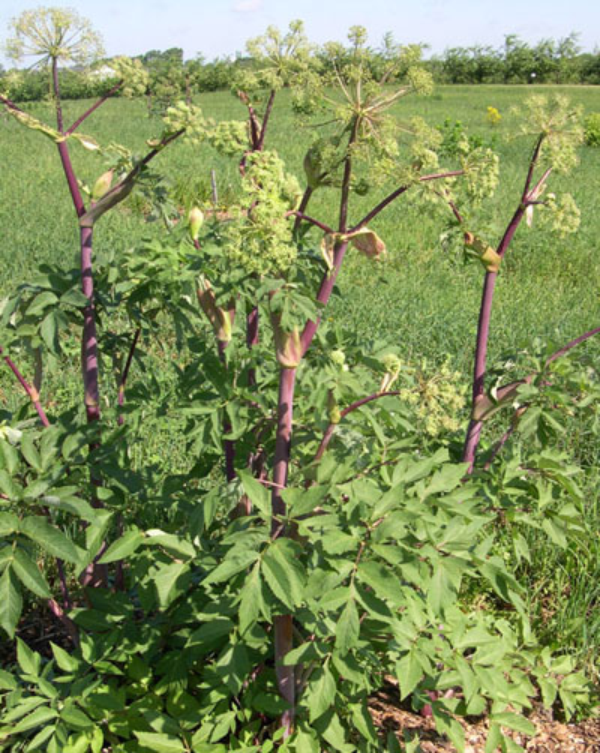 Small, inconspicuous green flowers bloom along flowering stalks up to 3 ft tall. Dark-green leaves grow from the plant base to less than 1 ft tall. Plants filled in the study area in their third year of growth, and bloomed throughout June. This species was one of the least attractive to natural enemies in the early season, with less than half as many natural enemies as in the grass control.

This plant will grow in full sun to partial shade, and average to very wet soils. Angelica is naturally occurring in wet areas such as marshes, stream and river banks, wet shores, sedge meadows and along the edges of tamarack swamps. Also found in openings and wet hollows in mixed woods. May be found in either sunny or shady areas, but is especially common in cold habitats with springs.

Angelica can be grown from seed (It flowers in the third year or fourth year.) or plug material (flowers in second year or third). This plant blooms only once in its life time and then dies, so it is not easy to maintain in a cultivated situation without replanting.