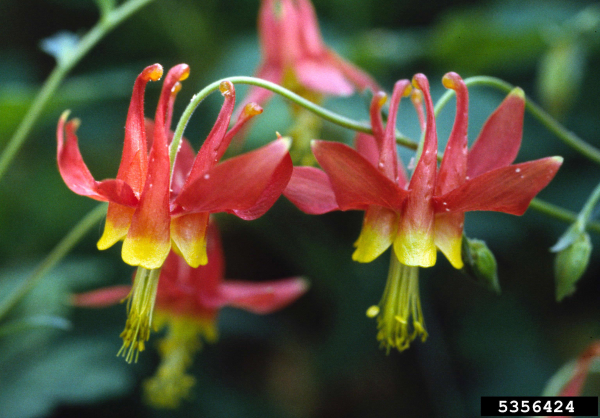 Plant has striking red and yellow rocket-shaped blossoms that bloomed from mid-May to mid-June. It filled in during its third year of growth. Although visually attractive, we collected almost no insects at this hummingbird-pollinated plant, and zero natural enemies. This species was the least attractive to natural enemies in the early season and the entire growing season, with zero natural enemies.

Columbine can grow in full to partial shade, and soils of mid-range moisture (neither very wet nor very dry). It naturally occurs in wood borders or clearings, roadsides and riverbanks, and is generally associated with mixed or deciduous woods and thickets.

It flowers from seed in second or third year. It can also be grown from plug material (flowers in first or second year). Columbine is a short-lived perennial that self-seeds on disturbed soils.