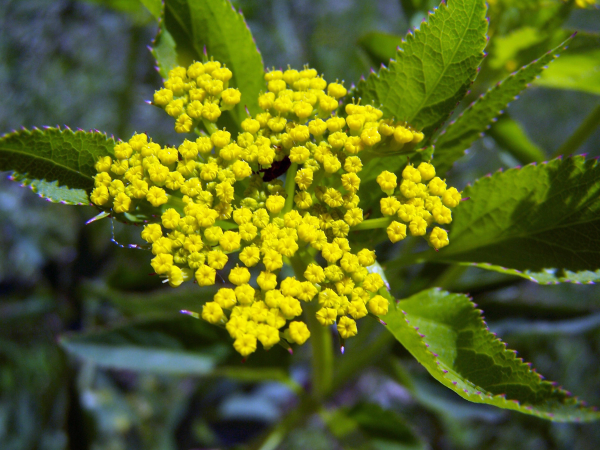 Flat, yellow flower clusters from 2-4 inches across open on stalks 2-3 ft tall. This species was small in stature in its second year of growth, but filled in completely and bloomed prolifically by the third year. Plants bloomed from late May through mid June. This species was the fourth most attractive to natural enemies in the early season.

Golden alexanders grows in full sun to partial sun, and average to moist soils. It is naturally occurring in areas with tamarack and poison sumac in boggy ground and fens, and on river banks in openings and thickets. It is also found in open woods, meadows, and along fencerows.

This plant can be grown from seed (It flowers in the third year.) or plug material (flowers in second year). Its attractive foliage remains lush for the entire growing season.