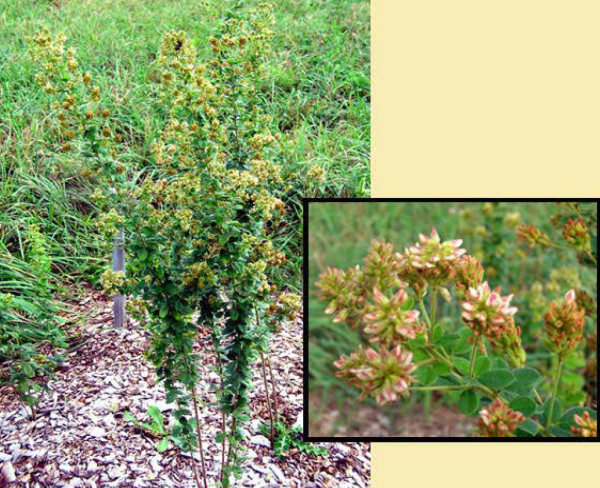 Small white, pea-like flower spikes bloom on small-statured plants. This species did not flower until its third year of growth, and bloomed in the end of August and early September. This species was the third least attractive to natural enemies in the late season, with similar numbers of natural enemies as in the grass control.

Hairy bush-clover grows in full sun and very dry soils. It naturally occurs in dry, open areas, often with sandy ground, such as along roadways, river banks and fields. Sometimes it's associated with oak and oak-hickory woods.

This plant can be grown from seed (flowers in fourth year) or plug material (flowers in third year). It is nitrogen-fixing and will grow on dry, infertile sites.