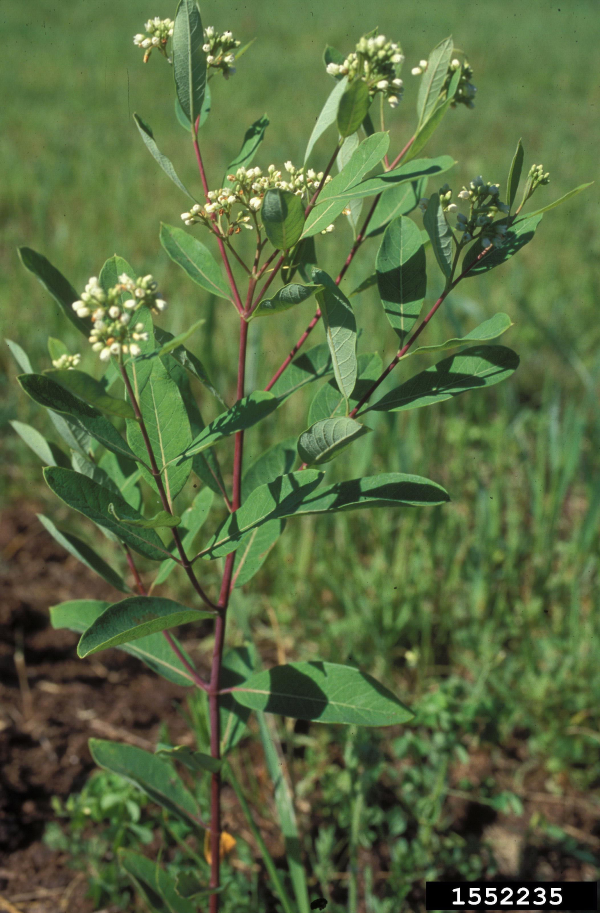 Plants have attractive oval-shaped leaves with small, fragrant white flower clusters that bloomed from late June through July. It filled in during the second year of growth. This species was the most attractive to natural enemies in the mid-season, with three times as many natural enemies as in the grass control.

Indian hemp likes full sun and mid-range soil moisture, neither very wet nor very dry. It is often found in disturbed areas such as along roadways, railroads and in fields. It is naturally occurring in wet areas including river banks, marshes, shores and thickets and is also found in meadows that are seasonably wet.

This plant can be grown from seed (It flowers in the third year.) or plug material (flowers in first or second year). Although this plant attracted large numbers of natural enemies, it has a spreading habit and is sometimes considered a weed in perennial agricultural systems.