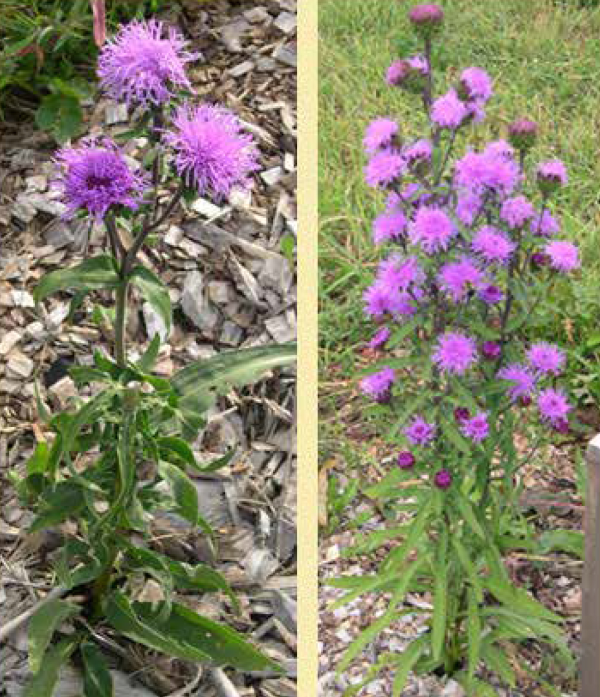 Vivid-purple flowers about 1 inch wide are borne along a stalk 2-4 ft tall. Plants have narrow, sandpapery basal leaves that grew to about 6 inches tall, and were well-established by their third year of growth. Plants bloomed in late August and early September. This species was the second least attractive to natural enemies in the late season, with similar numbers of natural enemies as in the grass control.

This plant grows in full to partial sun, and dry to average soil moisture. It naturally occurs in dry sandy areas such as plains, clearings or prairies. It may be associated with oak or jack pine woodland.

This species is unpredictable and slow to grow from seed, but can be grown from plug material (flowers in second or third year).